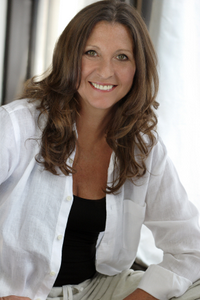 We knew each other from when I was 21 yrs. old and he was 34. I was a nursing student and he an intern. I was in my gold nursing student uniform and he in his brown polyester pants, short sleeve shirt with pocket protector and a not so up to date tie. I had seen him on the hospital floors when I was doing my cardiology rotation and my heart stopped. He didn’t even see me. I came to know the syncope of his footsteps and would listen for them as soon as I got to the cardiac floor.

Widow. It is a role that no one wants to play in life.  But for Audrey, becoming a widow allowed her to help other widows.  Read Audrey’s story of becoming a widow and understand what it means to be a widow, both the good and bad aspects, but also understand that being a widow can change not only your life, but those around you, as well.

We knew each other from when I was 21 years old and he was 34.   I was a nursing student and he an intern. I was in my gold nursing student uniform and he in his brown polyester pants, short sleeve shirt with pocket protector and a not so up to date tie. I had seen him on the hospital floors when I was doing my cardiology rotation and my heart stopped. He didn’t even see me. I came to know the syncope of his footsteps and would listen for them as soon as I got to the cardiac floor. Then my rotation to Cardiac Intensive Care began. It was commonplace to need a resident for critical decisions. I had to call the resident for my cardiac patient and it was HIM! When he walked into the cubicle my heart pounded and I broke into a sweat. I knew by the end of his caring for my patient, this was the man I was to marry.

So being me, I was in pursuit! I graduated nursing school, took a week break and started working where I had trained AND on the cardiac floor. The best opportunity for me to get this relationship started was a “liver rounds” where the nurses and residents would meet on Friday night in the resident quarters and party! I watched his every move and when I saw him leaving, I followed him, right to the elevator! I told him he made my heart throb and he laughed and then I kissed him.

It took a while before he came around but come around he did. Over the next few years we both had our own goals in life but we partied and were best of friends and lovers. There were times of separation and ups and downs as is normal in any relationship but finally, nine years later on June 19, 1983, we married. I was 30 he was 41. The wedding was a big party in our own home. We moved the furniture and danced with our friends and family. It was, for me, a dream. There was no room for a band so we had a keyboard player with Joe’s two young daughters fixated on in the living room and the party filled the house.

Beginning stages and thoughts of possibly being a widow

As we settled into our lives, me working for my husband, enjoying all that time together, Joe came down with the flu. He battled through it but never really regained his strength and energy. After much convincing, you see, Joe believed “do no tests, get no results, have no disease.” He finally went to see a coworker for blood work. Never would I have dreamt of what was to come and that I would some day be a widow.

Six months into our beautiful marriage on a winter’s day in January 1984, the call came on a weekend day.   Joe was diagnosed with Chronic Myelogenous Leukemia. We were silent, stunned, lost. We sat together on our couch trying to digest what was happening and talking about what to do next. Joe didn’t want to leave me with children and I couldn’t work fast enough to build a family life with this man that I adored. Leave me? We were going to have that “miracle” and live a long life together. On October 26, 1984, Joseph Frank Pellicano Jr. was born, the first of our four children.

Joe returned to work and we incorporated his doctor’s visits and chemo treatments in NYC with dinners out. We never skipped a beat in enjoying life.

Laurie Ellen, our first daughter was born May 23rd 1986. Then came Patrick in June of 1988.   We had our family vacations. Joe immersed himself in his wine making each fall, bought cars and never missed a day at the office until February of 1990 when Joe went into what is known as the blast phase of his disease. One week later, I received the news that I was again pregnant. It was a tumultuous pregnancy, never knowing when Joe would be in or out of the hospital. He went out west to try an experimental drug, I could not accompany him with 3 young children at home and being in my last trimester. Nothing was able to put Joe back into remission. A Widow with Four Children

Jaclyn was born October 5th 1990 and Joe died at home on December 21st 1990.   After the burial on Christmas Eve, I went home as a widow, put my children in their Christmas pajamas, put out the milk and cookies for Santa and, after putting the children to bed placed the Christmas toys around the tree. It was all so surreal and my life was forever changed as I was now a widow!

I ran from my grief for two years. I listened to every clichÃ©, “ keep busy,” “at least you have the children,” “Joe would have wanted you to be happy.”  I stuffed my grief until it came back to bite me. With repeated colds and uncertainty on every front, I knew I had to go back, grieve of my new widow status and then with my emotions in place, grieve Joe’s death in a healthy way.

Initially I turned to my old tool of meditation and re-established my routine of 20 min of focused awareness.   I went back to graduate to obtain, what I believed in, an advanced degree as a health educator. I pursued other alternative forms of healing such as Guided Visualization, Yoga and Nutrition, earning certification in all areas, as well as applying them to my life. Now I was ready to help the mass number of people carrying their incomplete grief to completeness. I wanted to be a widow that could help other widows, as well.

Today as a Grief Recovery Specialist, I help dispel the clichÃ©s that help to bury the grief and support my clients as they give grief a voice.

Keeping with the theme, Audrey answers the Identity 5:

Being a widow at the age of 38 with four children under the age of six was a life situation that took time and a great deal of self-care with little outside support. Accepting that my life was forever changed from what I had hoped and dreamed to what would be my future, the unknown, took strength, courage, time and self-education.

I appreciate the fact that I can, and have survived my husbands death and my new role as a widow, thrived and created a new life with new hopes and dreams. My relationship with my children is exceptional; they are my friends, my critics and my supporters. I believe I have been an example for them to be whatever they dream and to live life fully.

I have to say that raising my four children over the past 22 years, as a single mom has been my most rewarding achievement.
Now my other goals are related to my professional work as a Grief Recovery Specialist. Finishing my book is top on my list of goals for this year. For next year my goal is to, as my tagline states, give grief a voice. There are many elements to reaching this goal one of which is to educate corporations on how to support an employee returning to the workplace after a loss. Second is to increase public awareness, through talks, workshops, articles as to the experience of grief being a normal and natural response to loss and as sure as death and taxes are in our lives, so is loss.

I should ask my children this question! I’m a very spontaneous person and will do things on a whim. I never thought of it as an imperfection, but for some it could be seen that way. Part of what creates my identity I believe, is my directness and honesty. I complement frequently, even strangers! I try not to miss an opportunity to make someone feel better about themselves.

5. How would you complete the phrase “I Love My…?”

LIFE! I have four wonderful adult children, a wonderful man; love my profession, NYC and my wonderful girlfriends.