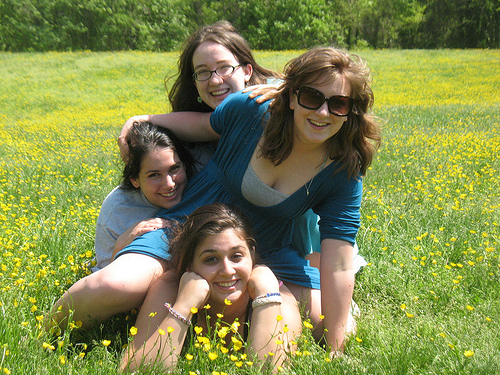 Some of us are fortunate to be raised by parents who possess extraordinary and worldly wisdom. Join author Edie Weinstein as she shares her “Mom-isms and Dad Wisdom” and how it was the best piece of advice she has ever received. I was fortunate to have been raised by parents who, although their formal education didn’t extend beyond high school, possessed extraordinary and worldly wisdom that serves me to this day. Now on the other side, their love still surrounds me like a warm embrace and I can often hear their guidance, particularly on days when encouragement is called for. My father was a blue collar worker; for many years a milkman who delivered to stores (he called himself a ‘driver salesman’) and then prior to his retirement, he was in public transportation, maneuvering a SEPTA bus through the streets of Philadelphia. He grew up in the multi-cultural neighborhood of South Philly. Think Rocky Balboa as he ran through the streets of The Italian Market. A first generation American born of Russian Jewish immigrant parents, my dad had a lot of street smarts and was a people person who seemed to know folks everywhere we went. I come by it genetically apparently. My mother was third generation American born, far more modern and less religiously observant. Her family was the first on the block to have a car and a television, while my father’s family was on what they referred to as “relief”, which was an embarrassment he worked hard to overcome. They met at a party of a mutual friend and the next year they were married. When they were approaching their 50th anniversary and I was preparing to officiate at their vow renewal ceremony, I asked my father the secret to the longevity of their marriage. His twinkling eyed response? “Your mother is always right.” When I inquired of her, how they blended two apparently divergent lifestyles and upbringing, she replied “We loved each other.” The only concession she insisted on if they were to be married, was that he had to eat vegetables. He was a meat and potatoes kinda guy when they met. Many years later, he changed his diet and became vegetarian for a brief period and at the end of his life in his mid- 80’s, he made veggie and fruit ‘concoctions’, as my mother referred to his juicing creations and he had an entire cabinet full of supplements. Nearly fifty two years of wedded life preceded my father’s passing in 2008. My mother followed him in 2010; and although she lived a full life during the interim and her official cause of death was CHF (Congestive Heart Failure), I think she died of a broken heart. I miss them every day.

In my childhood, my father would often tell me “They put their pants on one leg at a time just like you do,” so that I wouldn’t be intimidated by anyone. My mother would advise: “Walk in like you own the joint,” with head held high, making eye contact and I like to add “knockers up.” Both have served me well since as a journalist, I have interviewed some of the most amazing transformational teachers on the planet, including His Holiness the Dalai Lama, Jack Canfield, Marianne Williamson, Shirley MacLaine, Ram Dass, Ben & Jerry and Dennis Weaver. Although I admire what these luminaries have accomplished, in most instances, I felt like a peer and not a groupie with mutual respect as a central focus. I have gone into meetings and job interviews with a sense of confidence as I held out my hand and firmly grasped the one outstretched before me. I have stood on stages to speak to large crowds, offering a message of encouragement and inspiration. I have officiated at weddings where the guests numbered in the triple digits and two were semi-celebrity in nature. Did my knees knock and belly butterflies flutter their wings at times? You betcha! I felt the fear and did it anyway.

When I have offered that advice to others, sometimes the initial response was that they couldn’t possibly be that confident since it would smack of arrogance. I reminded them that arrogant people are really rather insecure, so what might seem like bragging, was really a cover. Those who are self-assured are able to navigate the sometimes intimidating interactions with grace and style.

One of the requirements of walking in like I own the joint is that I am responsible for taking care of the joint which is sometimes easier said than done. I can’t simply waltz on through, leaving a whirlwind in my wake. Instead, I need to look around and see the impact I may be having on those who are there. Mindfulness and heart-fullness are on the menu and I partake of them each time I take a seat at the table.

What have you accepted in your life that took time, physically or mentally?
Although it is painful to acknowledge at times, I have come to accept that everyone is on loan to us, so that I appreciate them every day. These words came through loud and clear when my husband was dying. I literally heard those words delivered by celestial messenger and it got me through his passing in 1998 as well as the subsequent deaths of my parents.

What do you appreciate about yourself and within your life?
I appreciate my resilience and ability to bounce back from challenges in all areas of my life. I like that I am a solution finder and not a problem solver. I enjoy being the ‘queen of reframe’ and being able to find the treasure in the trash, the pony in the manure, turning lemons into lemon meringue pie. I am grateful for my beyond amazing family and friends. I love being tapped into my creative Source and that the Muse speaks to me 24/7.

What is one of your most rewarding achievements in life? What goals do you still have?
In 2008 I lived a 20 year journalistic dream and interviewed His Holiness the Dalai Lama when he spoke in Philadelphia. As you might imagine, it was a surrealistic experience and I am still shaking my head in wonder of it all. Another point of pride was publishing my first book (that I call “my first best seller”) The Bliss Mistress Guide To Transforming the Ordinary Into the Extraordinary and seeing it travel worldwide. On-going goals: I am writing my “second best seller”. I set intention to interview Oprah and Ellen; I will be traveling and teaching all around the globe, sharing the message that we can (in spite of or perhaps because of challenges) live full, rich and juicy lives, being the mistress or master of our own bliss.

What is your not-so-perfect way? What imperfections and quirks create your Identity?
I have a very active and obnoxious monkey mind inner critic that yammers at me throughout the day that I am not enough so that I feel a need to do more, so I can feel like I AM more. How silly is that? I find myself and sometimes lose myself in frenzied activity, in a futile effort to prove myself. I sometimes lose sleep and relaxed time with family, friends and myself as a result. I have a desire to be ‘loved best of all’ and be center stage, which is a throwback from childhood when I felt like ‘little Shirley Temple’ figuratively speaking; tap dancing for approval. Because of that, I developed co-dependent, caregiver tendencies and exhibit what I call “savior behavior” that has had me thinking I needed to heal, fix, cure, kiss it and make it all better for the people in my life. On the flip side, there is a part of me that gets embarrassed by the attention I receive and not wanting to take up too much space or time, so I sometimes speak too quickly and get breathless. That’s when people remind me to slow down so that they can get the message since they do want to hear it. Being really transparent and revealing here.

How would you complete the phrase “I Love My…?”
Family, friends, life, creativity, spiritual practice that encompasses all areas of my existence.