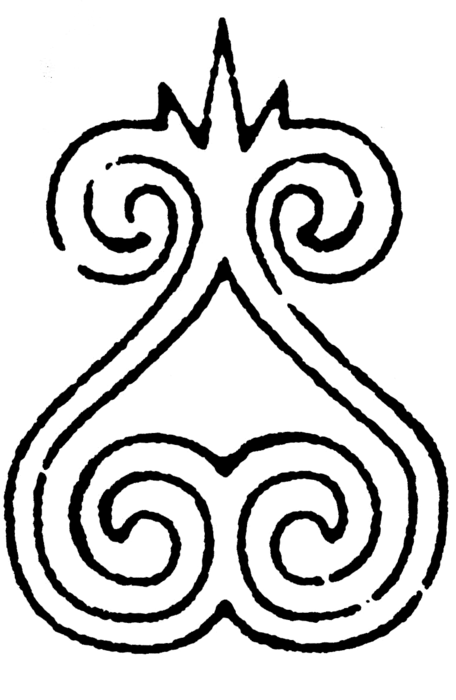 Tattoo’s makes us smile, invokes a certain memory, a meaning, or even a drunken night’s adventure. Join author Cassia Rainne as she shares an in-depth look at “The Story of a Tattoo, My Tattoo” The back ground of a tattoo is the story of a life, a story of a monumental event, or perhaps just a drunken escapade from the night before.   Regardless, a tattoo is a narrator, a voice-over, it tells a story.  Some chose to tell just one story, some chose to tell a myriad of stories at one time. My cousin, who has over 20 tattoos, calls himself a giant moving picture.   Adorning entire body parts in ink is becoming more and more of the standard. Tattoos covering arms, or sleeves, are quite trendy now.  I see that both neck tattoos and unemployment continue to rise; no correlation I’m sure. Tattoos have moved from under clothing, and those special places that rarely see day light they are seen on necks, chests, or wrists. The more you have, the bigger a piece is, the more tattoo credibility you have. The more you can talk about them, show them off, the more you can claim you are properly tatted. I’m always curious about the reason behind a tattoo. People, who are properly tatted, always get the question from me, “What does it mean to you?” Often, too often, “I just liked it”, is the answer.

As a child I recall tattoos being a taboo thing.   They were the markings of the bad people; the drug addicts, the criminals, the beginnings of the down slope that our parents so desperately tried to keep us from.  I was always made to understand that tattoos tell the story of debauchery and the wrong side of the tracks.  At that time it was the “you understood” in our family that tattoos ruined your skin, and that marking up your body was an affront, to yourself, your parents, and to God. Yes, God would be sad if I got tattoos, my family would be disappointed in me, at least that’s what I understood. I decided, being the obedient teenager that I was, to just drop the question until I had come of a reasonable age.

I came to that reasonable age was when I was out of my mom’s immediate loving, but over protective grasp. I was a junior at Penn State and after years of thought I was ready to get a tattoo. Now to give credit where credit is due, I first saw the symbol in association with Janet Jackson. (I should interrupt myself here to add that I love her) It was the primary image displayed on her Velvet Rope album. She was my favorite singer, and the symbol entranced me.  She was beautiful, and so was the symbol; black swirls that twisted and concaved into something that resembled a heart, with a crown.  It was beautiful and delicately drawn into her skin forever. I wanted it; I knew I did, but why? Because it was her? Because it was pretty? Because I still thought that the whole idea of a tattoo was cool, and who didn’t want to be cool? I was frustrated, it had to mean more than that.

I didn’t want to be one of those people who just got a tattoo to have one. I wanted it to tell a story; to be my narrator. I wanted people who saw it to walk away knowing something more about me other than, one day I had 100.00 bucks and an hour or so to spare.   I refused to be one of those girls who flaunted it purely as something for people to look at. I wasn’t going to be tramp stamped, or hooker tagged either. It just had to mean something more.

In my mind’s eye it’s the why behind the tattoo, the story that it will tell that is the important thing. Anyone can get a butterfly, a flower, a skull; but the why behind it is the thing. Janet (Ms. Jackson if you’re nasty) had just embarked on a new sense of self for the Velvet Rope album. The marketing showed her as a darker, sexier, deeper version of who I had known her to be.  Gone were the bright colors of Control, and the neutrals of Janet.   The Rope had deeper reds, purples, and black; it was sultry, oozing with sexuality. She seemed to be tunneling down this dark hole, I wasn’t certain if it should represent me.  I wanted to be certain of the symbol and its meaning before I had it etched into my flesh for all of eternity. I needed to know more about its past before knowing if it should be in my future.

It took a little time, it took a little research, it took a little help from a friend, but I finally learned that the coveted symbol originated from West Africa. It was a symbol with a meaning and a name, Sankofa. Sankofa means, in order to have a future; you must discover your past. I was roughly 19 when I found out what it meant, and I had recently made a commitment to discovering my past. I had begun a deep study of African American Literature/History that continues to this day. I wanted the tattoo more than ever, but I waited. I decided I needed to know more about myself before I could do the Sankofa justice.

My heritage is actually West Indian; my family is from Barbados. Barbados was a major center of slavery in the West Indies.  After West Africans were taken from the coast they were usually brought to Barbados before being sent to various locations in America.  Being my parents’ only child forced me to immediately understand that I was of their blood, and that we all, without a doubt, shared direct blood ties to slavery.  Me, a direct descendant of slaves, my parents born in a 3rd world country, and I was fortunate enough to be in college. I was making my way in the world, I was independent, and had thoughts, feelings and a life of my own. I justified it all with my first tattoo, and it felt damn good.

Now, years down the line and with many hopes fulfilled, and several more waiting in the wings, I have several tattoos but the story of this one, my first one, is still monumental for me. The Sankofa, my Sankofa is etched beautifully into my own skin for all time.  Its spirit is forever a part of mine. I was able to learn my past, and it helped to frame my future.  In both spirit and action I became the embodiment of my tattoo. My urgency to know more of history and literature led me to develop an African American Literature minor. I fell in love with writing and words. It led me to pursue a MFA and to teach. I now teach an American Literature course that intertwines my two loves, history and literature. I can paint descriptions for my students so that they too might understand the power of what was and the significance it carries over what is and what will be.

This is merely the story of one tattoo, just a snippet of my journey in ink. Yours will differ but as long as yours makes you smile, invokes a memory, a meaning, or even a drunken night’s adventure, love it for what it is, where it is, and its contribution to who you are.

What have you accepted in your life that took time, physically or mentally?
I’ve accepted that life isn’t always what you want it to be. No matter how much you want it to be. There is no magic spell; there is no perfect equation to make it better. All you can do is make it the best it can be and fight to push through it when it isn’t. That’s the only way to make it through and to be happy. Accepting that life is going to knock you around a bit it the first step.

What do you appreciate about yourself and within your life?
I try to be there for people. Not so that they will be there for me, but rather so that no one feels like they are completely alone. I think the worst feelings in the world are alienation, loneliness, being ignored, or feeling forgotten. Everyone is important and I make all efforts to make sure that people have a sympathetic ear or a shoulder when they need one.

What is one of your most rewarding achievements in life? What goals do you still have?
At the moment my most rewarding achievement is graduating with my MFA a few weeks ago. What goals do I still have? I have goals to make goals. I am not sure if I will attempt a PhD, keep writing and producing films, hold downward facing dog for more than 30 seconds without pain or…learn to fly, I am not sure. Whatever I do in the future I just hope I am good at it and that people find something wonderful in it.

What is your not-so-perfect way? What imperfections and quirks create your Identity?
I second guess myself, I’m cranky, I like being alone. I have a brown spot in my eye. It takes me forever to get angry at someone, but once I am it lasts for a lifetime. I’ll give cold water to a homeless man on a summer’s day, but I refuse to give my cousin a ride to the store. I get jealous pretty easily. I change my handwriting every year. I can’t spell inconvenience without spell check to save my life.

How would you complete the phrase “I Love My…?”
I love my…mind. It gets me into and out of trouble with ease.

Cassia L Rainne is a recent MFAW graduate from Goddard College living, teaching, and writing in the northeast. She graduated from Penn State University with a bachelor's in psychology. Currently, she is working in higher education as both an Adjunct English Literature Instructor and as an academic advisor. She's been an editor, a guest lecturer, and spent 4 years as a radio show host. She is also an actress, director and a producer. Being a self proclaimed foodie, avid shopper and traveler, she fills her free time with home cooked meals and accessorizing both home and abroad. When she isn't doing any of the aforementioned, she is standing in tree pose focusing on what's next.