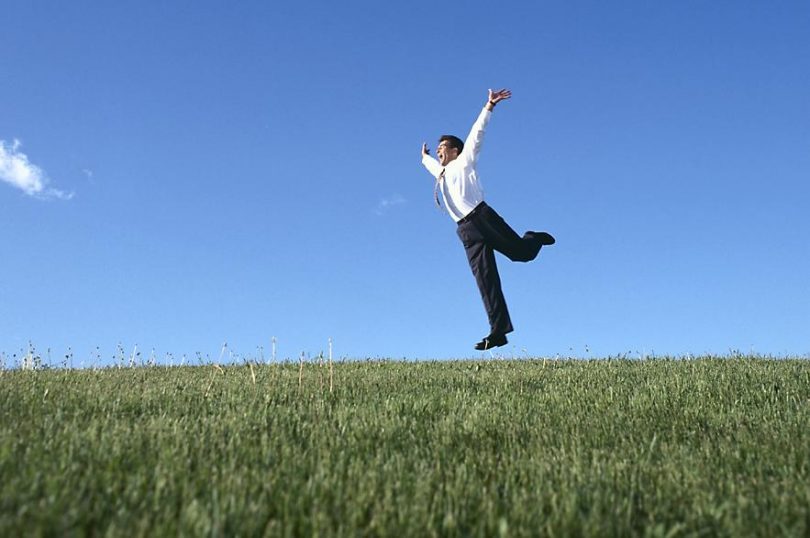 Divorce must first be understood and dealt with on an emotional level. Divorce is a major life event. Join guest author Pamela Mooman as she shares “Living a Full Life After Divorce.“

When I told my husband I wanted a divorce just about a month after our 13th wedding anniversary, I was at the bottom of my life, of my Self. I had known this moment was coming for more than one year, and truthfully, if I had listened to my instincts and allowed myself to admit the truth, I would had ended the marriage much sooner. But it was too hard–too hard to admit I had made such a big mistake, too hard to think about the waves of huge changes such a decision would kick up, and, ultimately, too hard to admit I had listened to my irrational thoughts rather than my innermost instincts.

“He’s your only chance. He’s the only man who will ever be interested in you,” the voices hissed, their whispers echoing ceaselessly inside my then-21-year-old head. So, because I had such low self-esteem, I chose to marry someone who thought of me as I thought of myself–as someone undeserving of respect, even of love.

I told him one late December afternoon, and after the New Year, which we celebrated separately, I not only had to live with him until late February when he finally moved out, but also deal with several other difficult situations. First, I lost my wallet, and then I lost it, period. I began sobbing. Luckily, it was in the car, but that had never happened to me before, and I was shocked at how upset I had become so quickly. Then, my mother was diagnosed with a life-threatening health condition and had to undergo delicate surgery, it being almost as dangerous as the health problem. Then I had to deal with the real estate manager who handled our rental house, arrange for movers, and clean it up myself, while working a stressful, full-time job.

In August of that year, I was so depressed I walked off the job because I could not stand sitting in my grey cubicle any longer, because I was afraid if I did not leave then that I would be too depressed to drive myself home. I had suffered through depressions ever since I was 8 years old, but this one was bad. Eventually, I found a great doctor and an excellent therapist and began to improve. But not without great effort, both to find these particular people who could help me, and then to do the work that I had to do, which was basically to “raise” myself all over again, erasing the old, negative voices and habits, replacing them with positive affirmations and definite actions that would lead to growth and forward movement, even dream fulfillment.

For years, I had wanted to be part of a good Masters of Fine Arts in Creating Writing program. My former husband was not supportive, just as he had wanted me to stop playing the piano and singing. Although I gave up my music for him, I did not relinquish my writing. I attended local weekend workshops, traveled to workshops to study with writers I respected, and, over five years, wrote my first novel on my own, with no one guiding me or offering useful feedback. My former husband had told me once during my writing process: “That’s stupid,” but I kept writing, and I finished the novel. Then I began co-writing a second novel with an acquaintance, a partnership that fell apart because she was more interested in watching films than in reading and perfecting her overall writing craft. But I was proud of the work and experience I gained. I had dreamed up interesting characters with a story all their own that gave the work depth. So I pushed forward again on a second solo novel, the seeds of which had begun with two sentences several years before, after a weekend writing workshop with author Peter Cameron at West Virginia University.

After the divorce was finalized, and I was alone again, I began applying to various prestigious MFA programs. One morning, when I had driven four hours to the Texas Gulf Coast, where I grew up, because my beloved aunt had just been diagnosed with terminal lung cancer, I received a phone call from the acting Program Director at Goddard College in Plainfield, Vermont, telling me, as if in a dream, as if in a scene I had written, that I had been accepted into its prestigious low-residency MFA program for creative writing. The first low-residency MFA program in the country, meaning students traveled to the campus for eight-day residencies only twice a year and completed the rest of the semester on their own, wherever they lived, sending in packets of work every few weeks to their assigned faculty advisor, Goddard College was not only pioneering, but also one of the highest-rated low-residency MFA programs in the country.

If I had not finally spoken the words that ended my marriage that December afternoon, I would not now be in my fourth semester at Goddard College, hopefully earning my Masters of Fine Arts in Creative Writing in June 2013. I would not be acquainted with the program’s talented, experienced faculty, rare creatives who can both write mesmerizing material and also be fantastic teachers, and I would never have met the students there, people who took writing as seriously as I do and who had overcome many difficulties and, in some cases, severe tragedy and abuse, to get to where they were, just like I had. I am no longer alone. I am part of the Goddard family.

Divorce must first be understood and dealt with on an emotional level. Divorce is a major life event. It is a definite ending, like a death, and it must be grieved. Dr. Elizabeth KÃ¼bler-Ross developed a theory about grieving that she termed the five stages of grief. You must navigate through each stage and learn to live with yourself now, in this moment, before you can begin moving forward again. You may not navigate the stages in the exact order Dr. KÃ¼bler-Ross lists them, and you may stay in one particular stage longer than they others.

The point is that you do not judge yourself or your emotions. You simply allow yourself to feel them, which is not always easy when emotions are extremely intense. A good therapist can help guide you through the fog of old, misguided beliefs and thought patterns and help you deal with painful emotions.

The first stage of grief is denial. The second stage is anger. The third stage is bargaining. It is in Stage Three that you finally begin to accept that the divorce is real, that it is actually part of your life experience now. The fourth stage is depression. Finally, the fifth stage encompasses acceptance, a loving acknowledgement to yourself that you are still a worthy, strong person, even after such a devastating event as divorce.

Each woman’s idea of a rich life is different. There are as many realities and perspectives as there are people. No one theory about what encompasses a rich life is right or wrong. It just is. Here are some ideas to get you moving forward, during and after the grieving process.

You can live a rich life after a divorce. It takes determination, strength, compassion for your Self, and a willingness to live a bit larger than you have previously allowed yourself. This does not mean you should spend irresponsibly and incur debt. Rather, it means you allow yourself the time and opportunities to seek out and pursue those things unique to you that are your passion.

The grief work will end. When it does, you will be stronger and more self-aware, able to build the life of your dreams since you are no longer living in the shadow of what philosopher and author Henry David Thoreau calls “quiet desperation.” You will have what you need to start building a rich life.

What have you accepted in your life that took time, physically or mentally?
I have accepted that I am not perfect, and it is OK to try and not achieve exactly what I wanted the first time. Perhaps that is why I enjoy the revision process in writing. It’s a second, third, twelfth chance for your characters. Real life offers second chances, as well, even if we have to seek them out.

What do you appreciate about yourself and within your life?
I appreciate my sense of independence, and also that I am fiercely determined when I set my mind and heart on a goal.

What is one of your most rewarding achievements in life? What goals do you still have?
So far, one of my top rewarding experiences is being accepted into Goddard College’s Master of Fine Arts in Creative Writing program. I plan to keep writing and pursue publishing seriously, not for fame or riches, but because writing is something I love to do. I would rather be respected as a writer than earn loads of money for my books (although that would not necessarily be a bad thing).

What is your not-so-perfect way? What imperfections and quirks create your Identity?
Many times, in social situations, I freeze up, say practically nothing, separate myself from others. My lack of social skills and verbal speaking skills often lead people to think I am overly reserved. I communicate much better in writing than I do in person many times, but I am working on improving my social skills. Much of the improvement will come as I build up myself every day, forgiving myself, and allowing myself to start over as often as necessary.

How would you complete the phrase “I Love My…?”
I love my family, my friends, my two cat companions, music, and my writing time. I also love my willingness to work hard every day to grow, to improve, to learn.

Pamela Mooman has worked as an award-winning professional writer and editor for years. She wrote two novels, then joined the Masters of Fine Arts in Creative Writing Program at Goddard College to learn how to do it right. She has traveled extensively, hiking in some of the most beautiful locations in the world, rock scrambling, and reaching out, once to touch a 4,000-year-old standing stone on Scotland’s Isle of Lewis, another time to make contact with an ancient glacier. When she is not writing or busy with “cat food money” work, you may find her meditating, practicing Yoga, or adding some additional special touch to her surroundings, which currently wear a Victorian Gothic theme. She has been known to trim her own hair on occasion. Visit her on the internet at http://blogbyalady.wordpress.com.