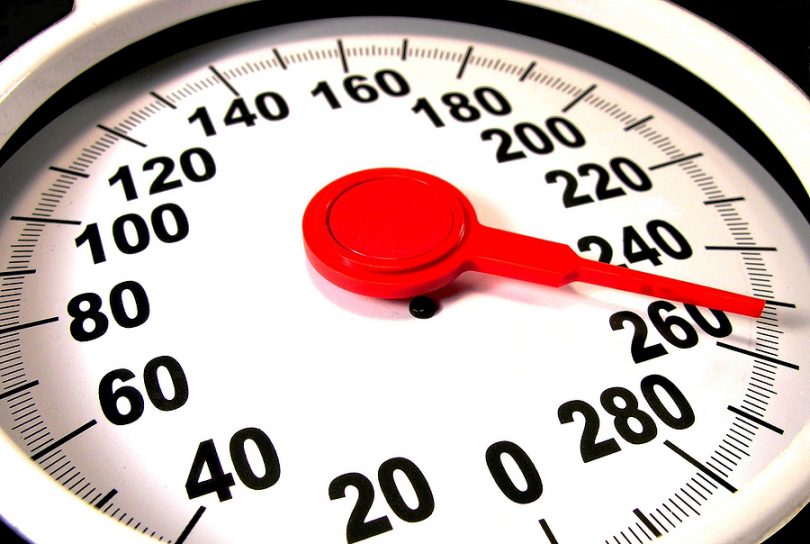 Has anyone ever commented negatively about your weight making you feel uncomfortable in your own skin? Join author Cassia L. Rainne as she shares “Lose Negativity… Then Lose Weight.“ My entire life people have said things to me about my weight; everyone from family, to friends, to strangers who simply wanted to take a jab at me for one reason or another. As a teenager, I can remember both of my parents telling me that, “no one would want a fat girlfriend” and that I wasn’t allowed to eat unless I had their permission. Years after that, I remember being shocked when one of the boyfriends I had in college told me I was pretty. “I’m alright. I guess,” I said. “You’re more than alright,” he smiled. He kissed me and we made what was our version of love, which I usually enjoyed, but that night, I couldn’t get into it. I just kept thinking over and over again, Was I alright?

I distinctly remember standing next to a close friend of mine a few years later. She had met me at my grandmother’s home before a ladies night out. I felt good that night and I was wearing a new pair of jeans. Jeans! They are, as you might know, the curvy woman’s curse. Still, I had lost weight and this pair fit me perfectly; I was nothing but excited when the door bell rang. She came in as we all made small talk for a few minutes. That’s when the blow came. My grandmother suddenly broke the jovial mood in conversation by saying, “Cassia, I just realized you’re the same height as your friend there. If you lost some of that weight, you’d be as pretty as she is”.   I’m telling you, those words just hung there. They lived in air floating above our heads like germs. They were vicious microorganisms of disapproval. Wasn’t I good enough?

Another time, many years later, one of my uncles and I were having a conversation about my new job. I was understandably excited and full of ideas about what I wanted to do and my hopes for going forward. It felt like a whole new world was opening up for me. I was beginning a career, and that was big. He listened, I think eagerly, to my expectations for this promising new job and afterwards he said, “Good, that’s good. I’m glad for you, now if you could just get off some of that weight, you’ll be set”. I blinked and thought for a moment. I felt like I had just spoken to him for several minutes about just how set I was. I thought I was set?

Wasn’t I enough? Or apparently, since everyone was telling me to lose weight, perhaps I was too much.   What hadn’t occurred to them, what hadn’t initially occurred to me, what they were never bothered to inquire about was my reason for excessive weight gain. Yes, there was a reason, and no it wasn’t I liked to eat food. It was far more complicated than that. I, like many women, suffer silently with PCOS, Poly-Cystic Ovary Syndrome.  Basically it causes my hormones to be completely out of whack. Due to the hormonal imbalance I am often in pain, tired, and suffer a host of symptoms that I cannot control. Worst of all it causes something called Insulin Resistance.   Yes, insulin is a hormone and when it doesn’t allocate properly it is called being Insulin Resistant. My body holds on to fat, it doesn’t understand that it shouldn’t, unless I stay under a certain weight. I am just under that weight now.

When I finally found out that I had it, it was as if the fog was lifted. Suddenly things made sense. It made sense that no matter how I exercised, how I changed my caloric intake, no matter what life changes I made, it made sense that I was always the fat friend. I became the eternally fat friend. For a long time, I felt defeated by it and I let it determine who I was. What I had forgotten, even after the diagnosis, was that who I was, was a sick young woman. I had to make a choice, a conscious choice. I had been conditioned to hate the fat, to hate me, and I just couldn’t do it anymore.

I started making better food choices. I gave up red meat, then most meat. I started cooking more and moving more. Some weight came off, some came back, a lot went away, and some came back. I have stabilized for several years now, and I try and maintain and have recently made more changes and saw more weight loss. This was all due to permanent life changes; I do not diet. I make adjustments depending on my body and that will be for the rest of my life. Simply put, I can’t just get some of that weight off; at least, not easily. I CAN control what I put in my mouth and that is the part of the battle that I can control.

To help with that battle, I cook more than I eat out, and when I do eat out, I make proper choices; but I also treat myself from time to time.  I juice fresh fruit and vegetables rather than buying juice. I eat organic; I make smoothies with Greek yogurt and soy milk. I drink water, no soda. I workout whenever the chance presents itself. Occasionally I’ll vacuum the entire house with music blaring while dancing up a sweat.  Sometimes it means high intensity yoga. It means walking to the store instead of driving.   Mostly it means healthy food choices over too much junk, and more than all of that it means doing it because it feels good to me. I changed so that I could be the best me possible. Once I left all of the negative comments to the way side, once I decided that I wanted to be better for myself rather than for anyone else, once I remembered to care for me…comments no longer mattered.

I found a new way to perceive myself simply because it isn’t about fitting a mold, or a size 4; it’s about being healthy and fitting my best version of me. I am getting there, slowly and that’s ok. As I sit here, I am wearing a dress that I couldn’t wear last summer. Maybe one day I’ll be the perfect vision of thinness and beauty that people expect. Perhaps my family or friends will look at me and think, “she’s pretty”, and not “she’s ok, for a fat chick”. Maybe someone will fall in love with me for my looks and nothing else. Truth is, it doesn’t matter. As long as I am healthy, and as long as I feel good, as long as I can look at myself, smile and know that I am good inside and out, then I am alright! I am enough! I am set!

What have you accepted in your life that took time, physically or mentally?
I had to accept that I was sick, and I had to learn to live without it defeating me.

What do you appreciate about yourself and within your life??
I appreciate that I will not be defeated. Life has its ups and downs, but nothing has stopped me yet.   I am not defeated, I appreciate that.

What is one of your most rewarding achievements in life? What goals do you still have?
I plan to maintain my happiness and enjoy my life, regardless of what size shirt I am buying that month. My long term goal is to keep the negativity away. Negativity weighs far more than fat cells do.

What is your not-so-perfect way? What imperfections and quirks create your Identity?
I don’t care. I simply do not care what people think of me. I know I do my best everyday and that is all that can be asked of anyone.

How would you complete the phrase “I Love My…?”
…flaws and all.

Cassia L Rainne is a recent MFAW graduate from Goddard College living, teaching, and writing in the northeast. She graduated from Penn State University with a bachelor's in psychology. Currently, she is working in higher education as both an Adjunct English Literature Instructor and as an academic advisor. She's been an editor, a guest lecturer, and spent 4 years as a radio show host. She is also an actress, director and a producer. Being a self proclaimed foodie, avid shopper and traveler, she fills her free time with home cooked meals and accessorizing both home and abroad. When she isn't doing any of the aforementioned, she is standing in tree pose focusing on what's next.