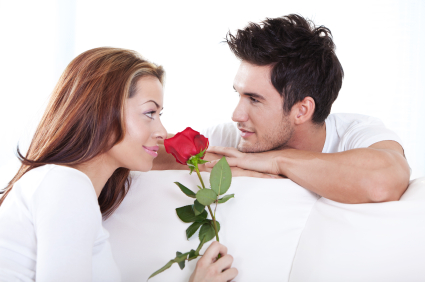 My husband and I have our own, separate groups of friends, most of whom are single. It’s rare that we hang out with other couples, but when we do, it can be the worst. So what I’ve done for you is to save you the pain and put together a list of the 5 couples you should avoid at ALL costs.

My husband and I have our own, separate groups of friends, most of whom are single. It’s rare that we hang out with other couples, but when we do, it can be the worst. So what I’ve done for you is to save you the pain and put together a list of the 5 couples you should avoid at ALL costs.

1. The Fighters – We’ve all been around them. They constantly fight with one another in front of you in a very personal, very inappropriate way. Watching someone get verbally abused is never fun, but when you’re spending an evening with a couple who are constantly digging at one another’s psyche, it’s downright miserable. Not only is it embarrassing to be in public with The Fighters (if they fight in front of you they fight in front of EVERYONE) but the use of intimate information and secrets as weapons can cause you to see your friends in ways that you can’t take back. For example: “You’re a piece of shit which is why I have to take a xanax just to fuck you.” Wow. Didn’t want to know about the xanax and I certainly don’t want to hear details about your sex life. Maybe they get off on fighting in front of people or maybe they’re just so miserable together that they’re hoping someone suggests they break up to their faces but either way it’s extremely uncomfortable. I mean, what do they expect you guys to do while they hash it out? Chime in? Take sides? Play referee? And where are you supposed to look when all this is happening? At the floor? At each other? No one wants to be in the middle of “Whose Afraid of Virginia Wolfe,” so if you sense a couple about to break into a fight – make a run for it and never call that couple ever again.

2. The Lovers – These couples are almost the exact opposite of The Fighters, but they are just as disgusting. This is the couple that can’t keep their hands off one another for five freaking seconds. They kiss, canoodle and fondle each other’s thighs all night all while having a conversation with you. They can’t imagine that you’d be disgusted by their PDA because “isn’t it great we’re so in love?” No. No, it’s not. All couples go through a touchy feely faze but most of us have the courtesy to lock ourselves in an apartment with condoms and cranberry juice for a few months and get it out of our systems. The Lovers need to get a room and only call you back when the magic is over.

3. The Swingers – This couple is rare but they are out there! Usually they pose as a normal couple for a few months or they may seem like The Lovers at first glance. The Modern Swingers that I’ve met aren’t like the ones in the 70’s that proposition you and your partner while you’re all in a hot tub drinking whisky. It will usually start out with one spouse casually saying to you “Dave isn’t into ass-play so he lets me do that with other guys and I just don’t ask him questions when he comes back from Jazz Fest every year.” Wow. Thanks for that information. I have nothing more to say on that matter. Then you get home and you and your spouse decide, “whatever works for them. Who are we to judge?” Good for you guys. But just wait until you get a friendly text the next morning from your friend saying, “Tell your husband he has a cute ass and ask him if he likes putting things up it.” Okay, now I’m judging. I’ve just been attacked by The Swingers! Delete text immediately and walk away.

4. The Drunks – Look, I’m not here to tell you what or when to drink. I smoke way too much pot. However, I’m not going to invite you over, make you smoke copious amounts of weed even if you don’t enjoy it or make you feel guilty for not partaking because it makes me feel better. So, if you’re part a couple who enjoys getting shit faced I ask that you do it own your own time. The Drunks will not do it on their own time. When you hang out they will insist on getting hammered and if you don’t keep up with their ridiculous pace they’ll call you out on it. They will make faces when you don’t order a second drink with dinner or you decline to split a bottle of wine. They will whine and pout when you want to go home after dinner like a normal adult and not out to a bar for MORE DRINKING. They will call you lame, old and unfun and although I am probably all three of those things, I don’t need to be told so by irritating alcoholics. The only perk of knowing The Drunks they won’t remember how infrequently you get together because they black out most nights.

5. The Boring Spouse – There is nothing worse than when your spouse/partner makes a new friend, you go out with them and their partner and that partner is BORING AS FUCK. Once you realize how boring they are you may try to join the conversation your spouse is having with his new friend but your spouse and his new friend will inevitably be talking about work or some other shit you don’t know/care about and you will be forced to make small talk with the THE SNOOZER. It still shocks me that one half of a couple can be so lively and interesting and the other half has less personality than a box of hair but it happens. Insist that your spouse goes out with his/her new friend BY THEMSELVES. And when your spouse says, “but he wants to go out as a couple again. His wife really liked you” just say “I’d rather go out with The Swingers!”

Every client + collaboration w/Identity Magazine + SusanVernicek.com, impacts others. Thank you for changing lives with us!