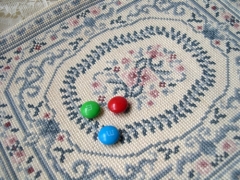 We all have our own ideas of what constitutes perfection. Regardless of appearance, achievements and other factors, people continue along on their quest for it. Author Edie Weinstein explores “Why Being Flawless Is Not A Goal.”

We all have our own ideas of what constitutes perfection.  Regardless of appearance, achievements and other factors, people continue along on their quest for it.  Author Edie Weinstein explores “Why Being Flawless Is Not A Goal.”

What does perfection mean to you?   Is it a matter of appearance in which your hair lies flat or curls lusciously, depending on your preference? Does it have anything to do with your waist size or circumference of your thighs?   How about the number of zeros in your bank account or the ‘alphabet soup letters’ after your name that is a mark of having earned academic degrees?   When will enough be enough?

Those are questions that have hammered this 54 year old, whose hair has been long, wavy, curly, split ended, buzz cut short, whose belly is rounder than she would prefer, whose bank account has in the past, been way less than satisfactorily full and whose studies continue (with two degrees and a state licensure and the letters Rev. before her name) and NO, it still doesn’t feel like enough. Where does this rabid search for the elusive ‘holy grail’ originate? In some cases, it is ancestral. Our family of origin, going back many generations may have had expectations for who and how we ought to be in the world. In my family, education was of high value and although neither of my parents had advanced degrees, I felt like the torch bearer. From the time I was a child, I was naturally predisposed to reading and writing. I was often seen toting a book around like other children (my younger sister among them) would carry a teddy bear. She still has her not-so-furry little friend whose fuzz has long since been loved off and I still have more books than any other type of item in my home. In school, I would work hard to get good grades, since it was part and parcel of my persona. How could I let anyone down if that was the image I was projecting that was reinforced by glowing praise? Add to it, the cultural expectation of being a caregiver by virtue of being born with female plumbing and I was setting myself up for co-dependent tendencies. It became apparent in my teens that I was becoming a chameleon who would change stripes and polka dots to adapt to my environment and sometimes even become invisible; hiding in plain sight so as not to be too obtrusive or intrusive. I began ‘adopting wounded puppies’; folks who in my mind ‘needed my love and support’ and   I exhibited what I now think of as ‘savior behavior’. All of this was in an effort to feel a perpetual love transfusion, since after all, who wouldn’t adore someone who met their needs, even before they were requested? At times I felt as if I was running on a treadmill going nowhere in an effort to keep up appearances physically, emotionally and mentally.

An exercise that I do, that I offer to clients and students is called What I Wish I Knew When I Was You. It began when I had a dialogue with a 22 year old version of myself who had just returned from an Outward Bound Course. I had tested myself mightily in those 10 days of camping, cross country skiing and snowshoeing in Maine and New Hampshire in January of 1981. In a picture taken  by my friend Bryan, she was perched in  3/4  profile on    a stool, gazing pensively off into the distance.  I offered her sage advice, gleaned from both pain and pleasure.   I remind her that the relationship partners she would be attracting in the interceding 32 years would bring with them the gifts of love and loss, challenge and change, of recognizing her worth beyond what she could offer to heal their boo boo’s. I offer her with a seasoned woman’s certainty that she although her faÃ§ade will change and the slim and trim body will give way to Goddess curves, she wouldn’t want to trade it, with all the love, sweet sensuality and nurturing it has given and received for the swimmer’s toned physique she possessed back then. Just now, I found a photo of   myself taken around a year old, so that I can go back even farther into my time line and help that little darling steer clear around earlier pitfalls. What I tell this wee one is that she is loved, no matter what. No need to embody ‘Little Shirley Temple’ (every body’s sweetheart) tap dancing for approval. No need to be the smartest one in the room. No need to prove nuthin’ to nobody, no how. I offer her the self love that she would seek from other people. I share that she need not be a busy-buzzy bee, always on the move, multi-tasking and spinning plates, just to keep up.

Do these earlier images of myself listen?   Sometimes.

I think about the oriental rug concept. When rugs are woven, seemingly impeccable, flawless; I have heard that on the underside, one thread is left undone, not tucked in. Do you know why? It acts as a reminder that nothing is perfect, and that it is and we are, all works in progress.

I also consider a bag of M&M’s ® with it’s multi-hued (“melts in your mouth, not in your hand”) candy coating. When doing a search about the color distribution of the tasty treats, I came upon a website created by Joshua Madison www.joshmadison.com who is a NYC based blogger:

”Each package of Milk Chocolate M&M’s should contain 24% blue, 14% brown, 16% green, 20% orange, 13% red, and 14% yellow M&M’s. I checked the next few packages of M&M’s that I ate and found that their percentages were not even close to the stated distribution. In my mind, this sort of confirmed my thoughts about how they produce M&M’s: When they make M&M’s, in any production run, they produce the stated percentage of each color and then just fill the packs off a conveyor line or some other weight based method. This would mean that any single package could be way off from the stated percentage; but analyze the counts over a large number of packages, and they should converge towards the stated percentages.”

Now, I ask you…are you any less inclined to indulge in this decadent delight, because they are not perfectly placed? I would say a resounding NO to that one!

I recall 12 or 13 years ago, I was sitting in the office of my psychologist friend Dr. Murray Needleman, having   a conversation about the   death of my husband   a few years prior and the fear that I would never be whole enough to move forward in my life and relationships. He leaned in and with his twinkly eyes, asked “Can you be enough AS IS?”   Taking a deep breath, I responded “I guess I have to be.”   He smiled and asked again and this time I answered that I could. All these years later, it is still my growing edge. This not-enoughness is still one of my stretchiest intentions.

I love the Japanese concept of Wabi-sabi.

“Wabi-sabi is the most conspicuous and characteristic feature of traditional Japanese beauty and it occupies roughly the same position in the Japanese  pantheon  of aesthetic values as do the Greek ideals of beauty  and perfection in the West”. “If an object or expression can bring about, within us, a sense of serene melancholy and a spiritual longing, then that object could be said to be wabi-sabi.”  “[Wabi-sabi] nurtures all that is authentic by acknowledging three simple realities: nothing lasts, nothing is finished, and nothing is perfect.”

“I am a work in progress.

I am where I am in my process.

And where I am in my process is perfect.”

Can you accept your own perfect imperfection?

What have you accepted in your life that took time, physically or mentally?
I continue to learn from years of trial and error that there is no there to get to. No Emerald City at the end of the Yellow Brick Road. No place to arrive. I am exactly at the right place at the right time to learn what it is I need to learn.

What do you appreciate about yourself and within your life?
That I am always willing to take the next step, even if I have no clue where it will lead me.

What is one of your most rewarding achievements in life? What goals do you still have?
That a year after leaving a full time salary and benefits job as a social worker in a psychiatric hospital, I am doing well financially and creatively, with more writing, speaking and media gigs than I had last summer.

What is your not-so-perfect way? What imperfections and quirks create your Identity?
I am still hard on myself at times, snarking that I should ‘know better’, do more, achieve more, move faster, be more organized and proactive.

How would you complete the phrase “I Love My…?”
Curious mind that is always on the lookout, sending out signals to the Universe to send me new ideas to ponder and then put into action.