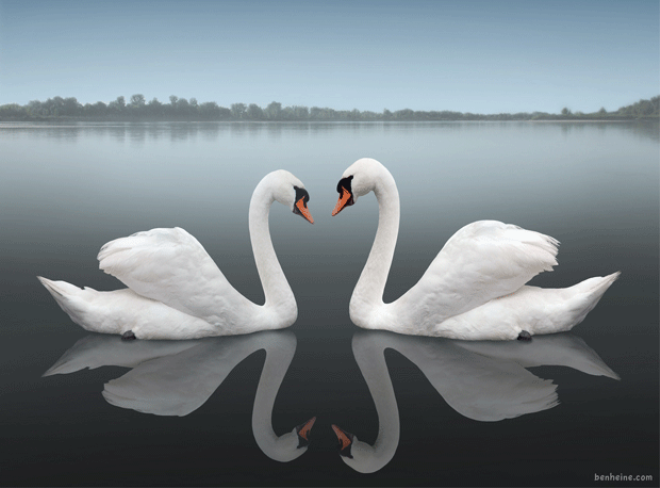 We all experience unpleasant thoughts and feelings, and sometimes we dump â€œour stuffâ€ on to another person. Because projection is an unconscious defense mechanism many of us are unaware when we are doing it.

This section is all about emotions. Kimberly Elmore, an Identity Staff Writer has dedicated her time to educate and discuss a particular emotion in each issue. It’s a great way for women to open up and become more aware of our emotions, feelings, and human behavior. All of these emotions help us understand how to Accept. Appreciate. Achieve.TM and to Feel Beautiful Everyday!TM

We all experience unpleasant thoughts and feelings, and sometimes we dump “our stuff” on to another person. Because projection is an unconscious defense mechanism many of us are unaware when we are doing it. When we’ve turned our defensive switch to ‘on’ it’s like being on auto pilot. I see something in myself that I do not like or struggle with, so I unload it on another. It’s an unconscious decision of “I don’t want to deal with my crap, so here, you have it.”

~A mom who struggles with her weight, projects that struggle on to her daughter by passing negative comments about her daughter’s weight.
~A dad who has an unrealized dream of being the high school football star athlete now pushes and demands his son be that high school football star athlete.
~A woman who’s behaving in a way that she knows is morally wrong accuses her friend, who she knows has high moral standards, of being “too moral.”
~A man who has been unfaithful to his wife accuses his wife of cheating on him.
~A woman does not like her in-laws so she convinces herself that her in-laws do not like her.
~A self-loathing husband puts down his wife (and others) often.
~A young woman is struggling with her looks (she feels ugly and un-pretty) so she’s quick to point out the physical “flaws” in others.
~A new parent feels insecure in his/her parenting abilities, so that parent begins nitpicking the parenting choices of others.
~A single woman feels highly insecure about herself (her looks, her body) and often compares herself to other women, especially those she views as “competition” in the dating world. So, she criticizes those women’s looks, bodies, etc.

I read a quote once that said, “hurt people, hurt people,” which applies to projection. It’s an unconscious thought of, “I don’t like myself or this aspect of myself (aka ‘I’m hurting’), and therefore, I’m going to accuse or criticize you (aka ‘hurt you’).”

Think of the reaction you have when someone is projecting their “stuff” on to you. Do you bite back? I feel attacked, so I must attack back, type of thing. Does that escalate or resolve the situation?

Often times when someone projects on to us, our impulses propel us to return the negativity with more negativity. Why? Perhaps we have taken what the other has said or done personally. Why do we do that? Because, often times, we get trapped in the belief that what others say and do is about us, when it’s not. Also, sometimes a person’s projection (i.e., I put importance on my body image therefore I’m going to criticize your weight or I’m behaving badly so I’m going to accuse you of behaving badly) touches a wound we have within ourselves, so we take the other person’s “stuff” personally.

Do you view yourself as a victim? I’m talking about in relation to projection (i.e., being the victim of someone else’s “stuff”). Consider the role victim-like thinking (i.e., self pity) may play in your reactions. Ask yourself, “why do I feel offended and/or hurt?” and “do I believe that any part of what that person has said to me is true about me?” The truth is–you have the power to not allow another’s “stuff” to have power over you. Your reaction is about you and how you feel about yourself, much like the other person’s behavior (projection) is about him or her and how they feel about him or herself.

You won’t return anger with anger; or return resentment with resentment. Anger and resentment may “live” within the other person; it doesn’t need to “live” within you as well. If you are able to not react that’s a sign that you recognize what’s happening (projection), you’re secure with yourself, and you are not going to eat another’s poison (aka be a victim).

Also, keep in mind that while someone may be projecting on to you, at some point you’ve projected on to another. Nobody is perfect. We all make mistakes. Say things we shouldn’t say. Do things we shouldn’t do. Project our “stuff” on to another. Forgive yourself. Forgive others. We as people are very good at rationalizing our own behaviors while being quick to judge another’s behavior. After all, it’s much easier to face the mirror away from our self, right?

We cannot change others. We cannot make others behave how we want them to behave. What we can control is our self and how we choose to react. Some may argue this point and feel justified in their reactions to other people. No matter what the situation, your reaction is a choice, as hard as that may be to admit or realize at times.

This doesn’t mean you become a doormat — it means you pick and choose your battles. And, when you speak up for yourself you do so in a respectful way. You can be assertive without being aggressive. If someone comes at you with anger (which you do not like), resist the temptation to stoop to that same level and react back with more anger. You’re becoming what you do not like in the other person. Take a deep breath and a step back.

In addition to becoming aware of another’s projections, keep in mind where in your life and relationships you project your “stuff” on to another. It’s a great opportunity to examine yourself and deal with whatever the underlying issue(s) may be. Learn to “own your stuff.” You’ll be much happier in your relationship with yourself, which will overflow in to your relationships with others.

“Your perception of me is a reflection of you.
My reaction to you is an awareness of me.”
— Coach Bobbi

I’ve accepted that I cannot change other people; I can only change me. And this has helped me ‘let go’ of many negative emotions I’ve felt towards others, which really only negatively affected me and my well being.

I appreciate my ability to be a good listener. It’s important to me for others to feel as though they’ve been heard. So, I do my best to catch myself if I get lost in my own thoughts while someone else is speaking.

One of my most rewarding achievements is becoming secure within myself. My mom died when I was 29, and after that happened I felt like I had lost my security blanket. I didn’t realize, until after she died, how much I depended on her for my emotional security. Over the past four years I’ve had to overcome anxiety and sadness because I no longer have that type of support system in my life, which in turn has made me a more secure person. A goal that I still have is to travel to Australia, which I’m currently working on making happen in 2014!

My not-so-perfect way is that I over analyze. It’s my best friend sometimes, and it’s my worst enemy sometimes. I have to make a conscious effort to work at knowing when I need to just let go and not think so much! My over analyzing annoys other people sometimes, which I think is understandable (I annoy myself sometimes! Ha!)