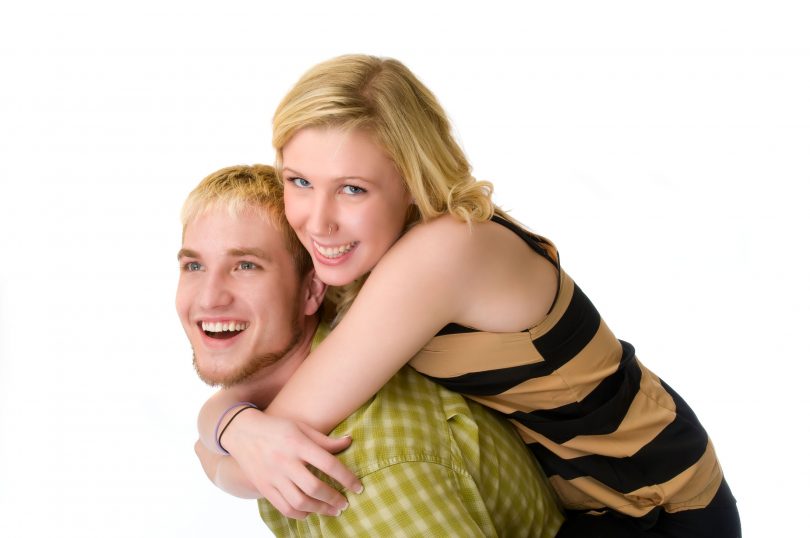 The idea of having to confront someone you care about over something they’ve done that crosses a line is obviously anxiety inducing. Join Nicole Wilson as she shares some great insight in “The Ultimate Guide To Mastering Difficult Conversations.”

The idea of having to confront someone you care about over something they’ve done that crosses a line is obviously anxiety inducing. Join Nicole Wilson as she shares some great insight in “The Ultimate Guide To Mastering Difficult Conversations.”

The other day I was at the gym running on the treadmill when “The Steve Harvey Show” came on. Don’t judge. I openly admit to loving some less than stellar programming when it comes to passing time and racking up cardio points.  Not to mention that every now and again out of the cloud of smut and Kardashian, there emerges a moment of brilliance and profundity.  The subject of the particular program I caught was “The Stupidest Things Men have done to their Wives and Girlfriends”. What can I say guys, I enjoy a cheap thrill!

One colorful fellow had posted on Facebook that if his photo got 1,000 “Likes” his wife would let him get a girlfriend. Needless to say, his wife was none too pleased. Another bright fellow had been promising his wife an amazing present to commemorate their 1-year  marriage anniversary. When the big day rolled around he presented her with a blender from Walmart with the Sale sticker still on it. Major Brownie-Point deduction, buster.

All in all this segment was amusing, watching these men both squirm and poke fun at themselves while trying to redeem themselves by learning how to talk to their partners about their prize winning blunders.

I had a good laugh because honestly, we’ve all been there…having done something absolutely asinine or having it done to us. The human condition involves a lot of missteps, so too does it involve a lot of correction So why does the subject of having difficult conversations become, well, so difficult?

It’s true that in life we as humans make mistakes, some relatively being and some that change the playing field of the relationship altogether. At one point or another no matter who you are or what relationship you’re in, whether it’s with your partner, your friends, co-workers or your family; you are going to have to have a hard conversation with someone to clear the air and with any luck, get back on track!

Most people hate the idea of confrontation, myself included. The idea of having to confront someone you care about over something they’ve done that crosses a line is obviously anxiety inducing. One of the very first things that occurs is that FEAR and PANIC. You recall all of the prior confrontations you’ve had to engage in with loved ones and how terrifically awful they turned out. Maybe they ended in a big fight, or stonewalling, or even in extreme cases, the end of a relationship. So even before the conversation you’re intending to have has begun, you’re already shut down, constricted and a bundle of nerves.

Being a working actor of many years, I know this kind of fear and anxiety is the Kiss Of Death to performance, to connection and to truth. I remember one time I went into an audition that I felt I was not well suited for despite my hours of preparation mastering a German Accent, and I was so full of fear of being wrong that I totally blew it and wound up sounding like Borat.

How then, DO you handle a hard conversation effectively?

For starters when having a difficult conversation you’re going to need to diffuse whatever preconceived notions and feelings you may have built up by taking the time to be calm, master your emotional state, and visualize the conversation going smoothly. Envision the perfect things you will say and most importantly feel the relief, pleasure and satisfaction of having this conversation go well. This will get you into the right emotional energy to approach the person.

Second I would recommend reframing the idea of having a   “confrontation” to speaking your truth. Certainly whatever you feel has been done in violation of you is upsetting and understandably you’re probably a bit peeved. But going into a conversation guns blazing and full of fire is never going to elicit the response you want.   One of my favorite empowerment gurus, Tony Robbins, has a great quote that goes “Would you rather be right or would you rather be in love?”  Instead of attacking and accusing someone, use this tactic that is used in Couples Therapy. Use “I” statements rather that “You” statements.

These are just some examples but you get the idea, it works wonders in diffusing the pressure someone will feel when you approach them about bad behavior.

It is a great idea to employ these simple devices when approaching a difficult topic:

Create a Time Limit:   Create a time limit for your conversation. People are generally unsure how to approach a hard conversation, thus it tends to go all over the place, involve a lot of unnecessary venting, or run in circles until both people feel exhausted, irritated and miserable.

Honesty: Don’t water down your feelings for the other person’s benefit, but don’t emotionally exaggerate either. Be honest with how you are feeling. Honesty creates closeness and intimacy.

Direct: Be direct and assertive about what the reason is you need to have the conversation. Don’t create confusion by being wishy washy and unfocused. You don’t want to person walking away not understanding what they did wrong and repeating this behavior down the road.

“Bee” Friendly: Be congenial in your approach. As they say, “You will attract more Bees with honey.” If the person feels   comfortable around you, they are more likely to open up and express what they are thinking and feeling.

Hear Them Out: Sometimes   when we approach people to have a talk with them, we only want to hear our side. If your conversation is to be effective you have to hear their perspective and listen as much as you speak and share. Create a two way conversation, not a one sided one.

Don’t put up with bullying: If the person you are speaking with has been guilty of repeating the same bad behavior, it is appropriate to stand up for yourself. These are the ONLY situations where confrontation is more effective. Bullies don’t respond to weakness, they respond to strength. For example “You spoke ill of me behind my back to our colleagues. It hurt my feelings and it’s not acceptable.  Don’t do it again.”

Find a Solution: You have a problem and now you must find a solution. It may help to step into the conversation having thought out some probable solutions to the problem you are having with the person in question. Try saying “Let’s figure out why this happened and make it right.” That way you are aligning yourself with the person and being a part of the team finding the solution.

What have you accepted in your life that took time, physically or mentally?
A few years ago I was diagnosed with cystic ovaries. A condition many women have, but few really put a voice to. It’s sort of the ugly stepsister known as women’s health. I have had to undergo several surgeries to remove them as they are recurrent. I changed my diet, my lifestyle, and underwent fertility preservation in the form of freezing my eggs as preventative insurance. It was incredibly traumatic when I was first dealing with it and freaking out about the prospect of perhaps not being able to have children. But I was proactive and I have turned my health issue into a passion by helping other women change and improve their health with diet and lifestyle change.

What do you appreciate about yourself and within your life?
I appreciate that I am a fun loving broad who really speaks her mind. Perhaps it’s the brassy Native New Yorker in me, but I have never been afraid to put it out there. Sass and all.

What is one of your most rewarding achievements in life? What goals do you still have?
Oh gosh, TONS! I sometimes feel like that Carpenters medley “We’ve only just begun.” I am extremely proud of my work as an artist and actress and the fact that I was able to make my sparkly girlhood dream a bonafide reality. I would very much like to land bigger parts in film and TV as well as write and produce a film at some point

What is your not-so-perfect way? What imperfections and quirks create your Identity?
As Rogers and Hammerstein would say, “I am a cockeyed optimist.” In regards to nearly everything but especially when it comes to the people I love. It takes a special sort to get in my door, but once you’re in, you’re in for life. I’m sort of like the Mafia. I love HARD and sometimes allow people to stay in my life far longer than they actually deserve to be there. It takes a lot for me to want to give someone the boot from my life. More often I relegate them to a smaller role in my life, when perhaps it’s better I just say “too-dah-lou” sucker!

How would you complete the phrase “I Love My…?”
Family. They are literally the best bunch of crazy apples on this planet. They have supported me through every phase of my life, empowered me, and encouraged my dreams from the time I was knee high to a grasshopper. Love them!!

Nicole Wilson is a writer, blogger, Life / Health Coach and is a graduate of The School for Integrative Nutrition. She is owner of Sprouted in the City [www.sproutedinthecity.com] a health and life coaching practice that empowers women to transform their bodies and lives into SEXY & HEALTHY works of art! Additionally Nicole works successfully as a painter as well as a TV & Film actress appearing on such shows as â€œThe Good Wifeâ€ ,â€œAll My Childrenâ€ and â€œLaw & Orderâ€.