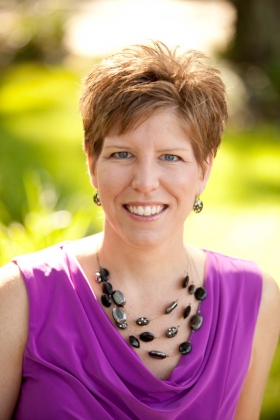 I wrote about how much I loved the students, when I could just shut the door and teach, but that unfortunately, that is sometimes the last thing seen as important in today’s educational system.

Welcome to the Transformation Through Journaling column with Identity writer, M. Shannon Hernandez. As owner of The Writing Whisperer, Shannon coaches and motivates women to hone their writing skills, particularly in non-fiction and business writing. Join her on the journey to transform with creative journalism.

Hurricane Sandy Gave Me A Gift

When Hurricane Sandy hit the east coast in October of 2012, I was granted a gift–the gift of a bonus week off of work. Believe me when I say the destruction in the Brooklyn area was intense. There are still, one and half years later, areas that have yet to be restored or rebuilt–and honestly, at this point, they probably never will be.

Because I was a teacher at the time, the schools were used for emergency shelters and consequently, shut down to students and teachers. The transportation system was a mess–tunnels were filled with water, and electrical outages ensured longer-than-usual commutes.

I couldn’t have reported to work if I had wanted to. I, like many others, sat glued to the news coverage, completely awestruck by the footage of destruction and chaos that was continuously broadcast across my screen. On day two, I took out my journal and wrote about the sadness I had witnessed. I wrote about how crazy it was that a hurricane had come up the east coast and still had such force and brutality when it hit New York. My journal provided a place where I could try and make sense of the all the senselessness.

On day three, it became apparent that I wasn’t going to be returning back to work anytime soon. I also realized, despite the intense sadness around me, how happy I was to get a reprieve from the school system and all its foolishness. That was when the seed was planted in my mind that perhaps it was time for me to switch gears, and find a way out of my 15 year career as a teacher.

But the most important thing that appeared on that page from day three was this: I deserve to be happy again.

As I read that statement, it lodged itself in my heart, and tears spilled down my cheeks. Before I knew what had happened, I was sitting in my Brooklyn apartment, sobbing, at the table. How had I not realized before now just how unhappy I was in my career? Did it take the destruction of a hurricane and a forced week off of work for me to realize that I deserved better and that life was too short to continue living it in such an unhappy state?

On day four, I picked up a new journal and divided the first two pages right down the middle. On the left, I wrote “My Super Skills” and on the right I wrote “How to Make Money.” I ended up, after 30 minutes of deep reflection, with something that looked like this:

How to Make Money

And as I sat there, staring at what my journal had revealed, that seed I had planted on day three began to sprout. With each tendril that grew in my fertile mind, I felt hope and passion and a renewed sense of purpose. Because those feelings were ones that I hadn’t felt in such a long time, more tears flowed. At first they were tears of joy, and a few minutes later, tears of relief. For, it was on day four, that I realized I wasn’t trapped: I could reinvent my life and my career and happiness so that I could begin living again.

I remember my husband returning home that evening, and as we sat down at the dinner table, I said to him, “Honey, I need to get out of teaching. I want to start a business.”

He certainly was caught off guard at first, but as he forked a piece of steamed broccoli he said, “What is your business idea?” I whipped out my journal and began reading him my list. As he chewed, and listened attentively, and saw the hope and passion come alive in me once again, he said, “How are you going to do that?”

It was in this moment that I knew I had his support. I explained how I wanted to find a business coach and figure out how to make this journal page of ideas come alive and generate an income. I also told him that I couldn’t continue teaching, not in the capacity of public education, and that this year would be my final year. I began speaking as if I had already completed the task!

The next few days were a flurry of excitement. I think I filled two journals with ideas of how I could build a business and help others do the same, so they too could have the life they wanted. I wrote and wrote and wrote. And my writing was written in such a way that I had already succeeded in business.

I also started speaking with people about business coaches. I decide on the name for my company (The Writing Whisperer) and bought the domain. (I still can’t believe that name wasn’t taken!). List after list after list was created in my journal –every time I had an idea, I wrote it down, expanded on it, and brainstormed more topics around it.

A week later, when it was time for me to return back to work–something amazing happened. I did so with a smile. You see, I had hope again. And I knew, at a gut level, that the 2012-2013 school year would be my last one as a teacher. I played the scene of me walking out of that building for the last time everyday in my mind.

When fear tried to inch its way in, and whisper at me, telling me that I wouldn’t be able to complete my new mission, do you know what I did? I took out that journal page which illustrated how I could create a business using what I already knew. I read those words, I deserve to be happy again, over and over and over, letting the tears flow freely each time I needed a reminder. I moved through the fear–by taking small steps each day to reach my goal.

I am proud to say that on June 26, 2013, I walked out of that building for the last time. I stood tall and proud and ready to take on small business ownership full-time. The only time I “look back” is when flipping through my journals, so I can continue to uncover the many ideas I want to fully develop in the next phase of business.

I have learned to accept that great changes in my character and habits take lots of time, lots of self-love, and lots of reflection.

I appreciate that I have learned to slow down and say “no” when I have too much on my plate.

I am getting ready to publish my first book, Breaking the Silence: My Final 40 Days as a Public School Teacher. I want to take women all over the world, to experience news things in person, and then record all of that in writing. I also have more books in me!

Sometimes I can be really loud and overpowering. It’s the passion I have for life; and I’ve decided I don’t need to contain that for anyone.

…Everyday! Now that I am working for myself, I am a whole new person. I love life!

M. Shannon Hernandez is the founder of The Writing Whisperer, and her mission is to help business owners and authors become thought leaders, through the use of strategic content, so they can positively impact more people. The Writing Whisperer was named one of Top 100 Websites for Writers by The Write Life in both 2014 and 2015. Shannon continues to inspire others as a content strategist and copywriter through her blog, guest blogs, and podcast appearances, and she has been featured on CBS Radio, Reinvention Radio, The Huffington Post, The Write Life, and Melinda Emersonâ€™s Small Biz Lady. She travels the nation and speaks regularly at conferences, association meetings, and networking events.

Shannonâ€™s memoir, Breaking the Silence, chronicles her exit out of public education, after 15 years. Shannon is currently working on her second book, where she is exploring what it means to live courageously and how to create a life you LOVE. Throughout her travels, volunteer work, and everyday experiences, she will face personal fears, examine the feelings associated with those fears, and explore her role in society, as well as what she learns about humanity along the way.
Website: http://mshannonhernandez.com/
Website: http://www.thewritingwhisperer.com/