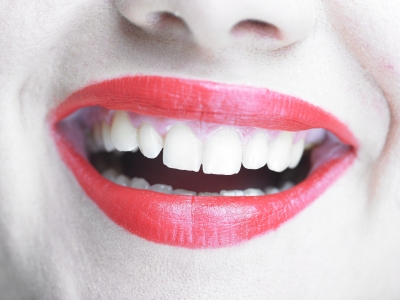 There is actually scientific proof that saying â€œYesâ€ is good for us. It has been scientifically proven that brain cells can re-grow at any age if we keep providing them with new stimulus.

Nicole Wilson shares her personal experience on saying “yes” more often and some scientific research being saying “yes”. Trying new things in can create a little more happiness in your life.

A few years back I was dragged reluctantly to a Jim Carrey movie called “The Yes Man” by a friend who insisted I would love it. I, ironically, wanted to say “No” right out of the gate as Jim Carrey’s over the top acting, with the exception of “The Eternal Sunshine of The Spotless Mind” is like nails on a chalkboard to me; but the promise of spending an evening next to my good friend ultimately won me over.   I said “Yes”.

For those of you who haven’t seen “The Yes Man”, the basic synopsis goes like this: Jim Carrey plays Carl Allen, a fairly average guy whose life is going Nowhere, the operative word being “No”.   One day in his “Nowhere” life, Carl Allen signs up for a self-help program based on 1 simple covenant: say “Yes” to everything, and anything. Unleashing the power of “YES” begins to transform Carl’s life in amazing and unexpected ways, getting him promoted at work and opening the door to a beautiful new romance.

Sounds pretty awesome, right? But how many of us could really commit to saying “Yes” more often?

While there are a fair share of people out there who over-extend themselves and need to learn to say “No”, I find that there are many more people who close themselves off to success and opportunity by not saying “Yes” often enough. The truth is a happy life includes both the ability to say “No” to things that are not right for you, and learning to get comfortable saying “Yes” to opportunities that may scare you by forcing you out of your comfort zone.

Have you ever looked at how much and how often you say “No” to certain things?  Not just to situations that deserve to be rejected, but to new opportunities, new possibilities, new relationships, and the chance to make fresh discoveries?

Here’s the truth: Whenever you say “No”  you miss an opportunity to meet someone new, to take a relationship to a new level, to learn something new, to feel something different, to sample something you haven’t tried before, to discover something about yourself, to open up doors that could awaken an interest, or a calling or a delight.

Obviously you can’t say “Yes” to everything and everyone, but you could definitely start saying “Yes” more often and see how many more interesting things and experiences you encounter with this “Yes” mindset.

Let me ask you a question: When someone invites you to try or do something you haven’t tried before, do you say “Yes”? Do you give it a chance, or do you immediately lean on an excuse to turn them down so you can do something you feel more comfortable doing? (Like sitting at home in front of the boob tube and eating at home alone).

As anyone who has been truly successful knows possibility equals probability. By saying “yes” you open yourself up to both. What Possibility equals Probability translates to is that the more you try, the more proverbial “doors” you knock on, the greater your chances to succeed. Talk to any really successful person and they will inevitably tell you that they failed at previous ventures and experienced a great deal of rejection before they finally found success. They continued to try new things, they continued to knock on doors, until they finally found the right opportunity and the right timing and BOOM! They were on fire. So saying “Yes” not only is good for you, it is also one of the pillars of a truly successful person.

Many years ago I dated a guy who was very rigid about what we did together. Every time we went on a date it would be the same thing. We’d order a pizza, watch a movie, and then go hang out friends at his favorite pub. I would often suggest we try this or that new thing to keep our relationship spicy and fun. I really wanted to share as many interesting experiences together as possible so we could keep growing and learning within the relationship. After all, living and learning are one in the same. When we stop learning and growing, we begin to die. The person I dated wound up being quite a bore and we weren’t together very long because of their reluctance to say “Yes” to more things. I wanted someone who was “game” to get out and do exciting things, someone who was really curious and excited to say “Yes” to life. There is actually scientific proof that saying “Yes” is good for us. It has been scientifically proven that brain cells can re-grow at any age if we keep providing them with new stimulus. The difficulty is the older we get, usually the more we get set in our ways, habits, and thought patterns.

There was even a study done at Harvard University over a two-year period on a group of senior citizens. In one group they provided new activities every week, while in the other group they had the same activities every week. At the end of the two-year period the group that had new activities reported that they felt happy and vital, while the group that participated in the same activities week after week reported that they felt sad and depressed more often.

So how about you give it a whirl?

Say “Yes” to something new that you would have otherwise turned down. Take a new exercise class, try a new vegetable or fruit, go out on a date with someone that may be different than “your type”, take a day trip somewhere unexpected, say “Yes” to that person whose always asking you to go somewhere or do something with them, enroll in a continuing education class on a subject that always interested you but you “never had the time for”, go see a movie you’d typically say no to like a foreign film or a documentary. It doesn’t have to be a huge life change, but draw your attention to it. The next time you are tempted to say “No” see if you can say “Yes” instead. You may discover something amazing!

It took me awhile to become comfortable thinking I was beautiful. Growing up I was a Tom boy. I was one of the guys running around and mixing it up, getting dirty, climbing trees, playing sports. So being a girl and being comfortable with beauty took a while for me. I always thought I was kind of ugly because none of my guy friends wanted to date me, they always liked the “girly girls”. Then I got to college, and that changed.

I appreciate that even when I am scared of something, I go after it anyway. I have never let fear stop me from doing something I really wanted to do.

Being able to share my writing with the public. Writing articles and books that inspire, empower and help people in their life. I still want to write a best selling book. That’s in the works!

I am naturally a little anxious. I attribute it to going through some health issues in my early 20’s . I had always felt invincible and then all of   a sudden, the sense of control went out the window and I was at the mercy of something greater than myself. I cope with it with lots of Bikram yoga, having amazing friends and family.

I love that I say exactly what I think. Sometimes I have no filter and I get a funny look or too. But oh well, if you can’t take me standing in my own power, then move along.

Do you struggle to find time to achieve and thrive between MomLife+ BizLife?Take the Mompreneur Mindset Assessment and find out how close you are todiscovering your perfect balancetoday!

Nicole Wilson is a writer, blogger, Life / Health Coach and is a graduate of The School for Integrative Nutrition. She is owner of Sprouted in the City [www.sproutedinthecity.com] a health and life coaching practice that empowers women to transform their bodies and lives into SEXY & HEALTHY works of art! Additionally Nicole works successfully as a painter as well as a TV & Film actress appearing on such shows as â€œThe Good Wifeâ€ ,â€œAll My Childrenâ€ and â€œLaw & Orderâ€.