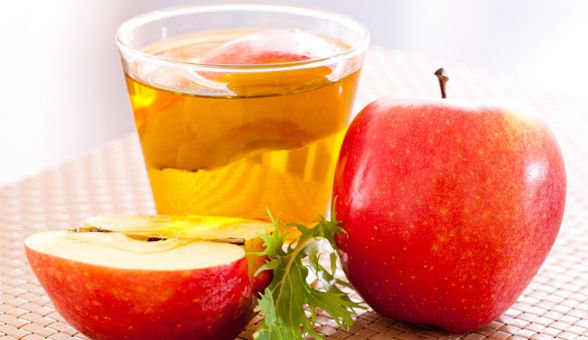 Apple cider vinegar (ACV) is basically just fermented crushed apples. The process of fermentation is a breakdown of the sugars in a food caused by bacteria and yeast. In the first stage of fermentation, the sugars turn to alcohol (wine).

You may have seen it in pill form at a health food store, or you may have just seen it on the shelf at your local super market. It certainly sounds like it would be interesting on a salad, but what the heck is apple cider vinegar anyway, and what good can it do for you?

Apple cider vinegar (ACV) is basically just fermented crushed apples. The process of fermentation is a breakdown of the sugars in a food caused by bacteria and yeast. In the first stage of fermentation, the sugars turn to alcohol (wine). In the second stage, the alcohol ferments further and you get vinegar. The word vinegar comes from the French and means “sour wine”. Makes sense, right?

There are a lot of health claims out there associated with ACV, but few of them have actually been scientifically proven. For example, ACV is said to kill head lice, aid digestion, flush toxins from the body, reverse aging, and heal warts, but there is no scientific research to back these claims up.

There are, however, plenty of proven health benefits associated with ACV. Due to the effects of vinegar on blood sugar levels, it can be used to help keep glucose levels down in patients with Type 2 Diabetes. In some studies, it has also been linked with lower cholesterol and blood pressure. ACV is also associated with weight loss. Though it’s not completely proven, one study showed that people who consumed vinegar and a slice of bread before a meal ate less than those who consumed only a slice of bread. The conclusion was that the vinegar helped the subjects feel fuller and more satisfied.

ACV can also be used as a home remedy for several ailments. For example, gargle with ½ teaspoon of ACV mixed in a glass of water to cure halitosis (bad breath). Using a cotton ball, dab a diluted mixture of one part ACV and three to four parts water on the face for ten minutes to balance out the pH levels in the skin, reduce oil production, and help kill the bacteria that causes acne.

However you choose to use it, ACV should always be diluted in water or juice due to its high acidity levels. It is also best to choose natural ACV as opposed to brands you may find on your super market shelves. The fermentation process is more natural, producing a much more effective version of ACV that is not tainted by over-heating, over-processing and filtration as in other vinegars. As with any natural dietary supplement, you should always consult your physician before taking ACV to ensure it won’t react with any other medication you may be taking, or worsen any medical condition you may be suffering from.