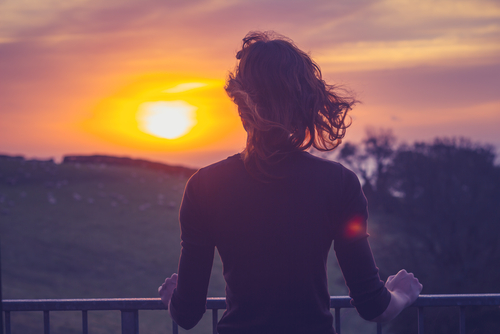 Women applying for a job in a male-dominated field have a higher probability of getting hired if they describe themselves using masculine-like traits, according to a study by Michigan State University.

Although unfair, if you’re a woman, these findings can help you succeed in careers focused on athletics, technology and science. Fortunately, there is an abundance of women who are paving the way for generations to come, making it easier for our daughters to dream without limits.

According to Inside TV, Kacy Catanzaro is the first woman in history to conquer qualifying course of “American Ninja Warrior,” specifically the warped wall, which is considered one of the most difficult obstacles in the TV series. Ethan Siegel, a science writer, professor and theoretical astrophysicist, explains that the warped wall is an immense challenge for those of short stature. At only 5 feet tall, The Mighty Kacy, as her fans affectionately call her, defied all odds when she climbed the 14 feet wall and went on to compete in the ANW nationals. Kacy’s determination is a symbol of the amazing feats of strength women can accomplish, regardless of their size.

The 26-year-old daughter of famous hunter and outdoorsman Jim Shockey is quickly making a name for herself in the hunting world. She helps co-host her father’s television shows and is the first woman to appear on the front cover of Field & Stream in 30 years, reports Outdoor Channel. As a modern female hunter, she also advocates online education for hunters. Her dedication and passion for the sport has made hunting more mainstream among women.

The current CEO of General Motors is living proof that perseverance leads to success. Mary Barra began working at GM when she was 18, says Forbes. She became the first female CEO of a major global automaker 33 years later and is now striving to make GM an industry leader in automotive technology. Furthermore, Time named her one of the “World’s 100 Most Powerful Women” and Fortune magazine included Barra in the list of “50 Most Powerful Women in Business.”

At only 30-years-old, Elizabeth Holmes is the youngest self-made female billionaire. She founded Theranos, a blood testing company that has revolutionized the blood testing process. Her labs use only a drop of blood, versus a vial, to test a person’s blood, making the experience less painful and more economical. This incredible advancement in healthcare has made Elizabeth Holmes a well-respected figure in the medical community.

Carol Shaw is considered the world’s first female video game designer and is the creator of many Atari 2600 classics. Her most popular video game, “River Raid,” was released in 1982 and became an instant hit. The scrolling shooter video game was published by Activision and is unique because it randomly generates levels, adding a new level of excitement to gaming. Carol Shaw is a role model for women interested in science and technology because she surpassed gender barriers to pursue her passion in game development.

Accepting that I can’t control every aspect of my life took time.

I appreciate the opportunities that have been granted to me throughout my life because they’ve helped create a better version of me.

One of the most rewarding achievements in my life has been graduating from college and beginning a career I love. I continue to work toward advancing my professional life by learning new skills.

I am not always as patient as I should be when it comes to seeing results. However, that imperfections helps me realize when I need to change my goals or direction in life.

I love my family and friends!

Lilia Ortiz is a freelance writer, graphic design student and bookworm with three years of writing and editing experience, particularly on lifestyle, design and tech topics. She edited Pax the Polar Bear, a children's book on global warming.