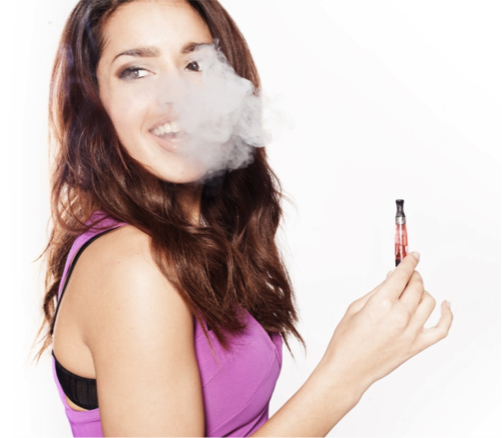 A modern-day Hamlet might ponder: â€œTo rebrand, or not to rebrand.â€ Rebranding is a major decision for any company. It can mean millions in expenses and months of stalled projects â€” but it can also create a fresh spin on an old idea and yield increased visibility in the public sphere.

A modern-day Hamlet might ponder: “To rebrand, or not to rebrand.” Rebranding is a major decision for any company. It can mean millions in expenses and months of stalled projects – but it can also create a fresh spin on an old idea and yield increased visibility in the public sphere.

There are plenty of reasons a company might choose to stay the same, but there are even more reasons to rebrand in this digital age of constant flux. To get your rebranding juices flowing, here are five excellent success stories of the past 100 years.

For years in the 1990s and early 2000s, this now high-fashion designer was on the brink of failure. The now quintessential tan, black, and red plaid was worn only by the lowest hooligans on the streets of the U.K.; so much as Burberry associated with crime and alcoholism that many pub owners forbade wearers of the brand from entering. Most everyone saw the label as dowdy at best and dangerous at worst, which equated to limited sales and a terrible image. After 150 years of business, it seemed that the historic and innovative brand would disappear.

However, after bringing on a new creative director with revolutionary vision, Burberry was able to revamp its image into something desirable and sexy. Burberry’s line subtly changed its cuts and shapes to be more relevant and stylish, and the company hired popular models like Kate Moss and Emma Watson to attract a younger clientele. Burberry’s successful rebranding – which brought it from gangster garbage to celebrity chic – teaches companies that history is important, but only if you link it with the fashion of the modern day.

For centuries, tobacco was held in high esteem; the addictive leaves were so valuable they served as collateral against the funds France provided the U.S. during the Revolutionary War. The popularity of cigarettes and other tobacco products exploded worldwide in the 1900s, and sales reached all-time highs during the world wars. Tobacco companies even boldly advertised their products as safe and healthy – ad campaigns purported smoking was good for the lungs and increased feelings of vigor.

Then, in the mid-1960s, scientific reports all over the world revealed just how deleterious smoking truly was, and smokers began jumping ship. Since then, tobacco companies have been banned from advertising any health benefits, and almost all countries mandate some kind of poison warning on cigarette packaging.

However, recently, Big Tobacco has been shifting away from tobacco and toward what may be a significantly less dangerous nicotine-based product. E-cigarettes are being adopted by smokers around the globe because they eschew the harsh chemicals contained in tobacco products, and the devices come with myriad customization options. While e-cigarettes are already seen as an exciting success, the rebranding process continues as companies pinpoint their ideal audience and legislation continues to develop regarding regulation.

There were rumblings of dissatisfaction with McDonald’s low-quality, unhealthy meals for years, but Morgan Spurlock’s 2004 documentary “Super Size Me” exposed the universally damaging practices of McDonald’s and wounded the international mega-restaurant at its core.

In retaliation, McDonald’s scrapped its previous branding – which featured a catchy jingle (“I’m lovin’ it”) and customers enjoying quick meals – and replaced it with a more holistic message. Its menu started filling up with greener and healthier options, like salads and leaner meats, and certain familiar items received new names that advertised their nutrition and health benefits. McDonald’s was able to recover its lost business: sales rose more than 5.3 percent in the year following the health revolution.

Believe it or not, in the 1980s, today’s first name in motorcycles was about to go bankrupt. Harley Davidson had more than $90 million in debt, and banks refused to lend any more to resuscitate the struggling brand. Fortunately, the then-CFO was able to accurately diagnose the cause of Harley Davidson’s flagging sales: poor products. The motorcycles produced by the company had disastrously low performance, to put it mildly, and customers lost interest in them, despite their famous name. In a radical move, Harley Davidson began to focus more on the quality of their bikes rather than the quantity. Once the company regained its reputation for excellent products, it began to thrive.

Apple Computer, Inc. started off with a bang in the 1970s, when their pioneering personal computers topped the market with accessible interfaces and streamlined designs. Unfortunately, after co-founder Steve Jobs was ousted in the late 1980s, the company began losing steam and saw declining sales. Nearing bankruptcy in the late 1990s, Apple brought Jobs back onto the team. In less than a year, Jobs became CEO and reinvigorated the struggling technology company with a new philosophy focusing on simple, recognizable products. Today, Apple, Inc. is more than ubiquitous, with more than half of American households owning at least one Apple item.
Identity Magazine is all about empowering women to get all A’s in the game of life — Accept. Appreciate. Achieve.TM Every contributor and expert answer the Identity 5 questions in keeping with our theme. As a team, we hope to inspire and motivate ourselves and inspire you to get all A’s.

My main acceptance in life would be that “change” itself is a constant and regardless of opinion it is inevitable. Making peace with ones self and accepting the things we CANNOT change is key to living a full and happy life. Within those experiences we grow as people and learn.

I have learned to appreciate all of my imperfections as it makes me who I am as a person and in reality “perfection” is all up for interpretation. In return I have taught myself to replace the old methods in dealing with situations and problems with ones that will deliver or elicit positive responses and solutions.

I believe my core values or the personal rules I have set in place for myself and chose to live by have brought nothing but reward to my life as it has created my known presence to be one of value and those things remind me daily of my standards set if ever I were to steer off course.

Over analyzing every situation would definitely be a not-so-perfect quirk about myself, leading my mind to wander with thoughts of what-if’s, that usually are just that, “what-if’s”. Along with spontaneity and positivity it creates my not-so-perfect, but awesome self!! 🙂

I love my positive outlook on life and the huge heart I carry with me daily filled with nothing but compassion for others and a willingness to always be learning something new.

Cher is a content coordinator who assists in contributing quality articles on various topics. In her free time she also enjoys hiking, traveling and getting to know the world around her. Cher has built up many strong relationships over the years within the blogging community and loves sharing her useful tips with others.