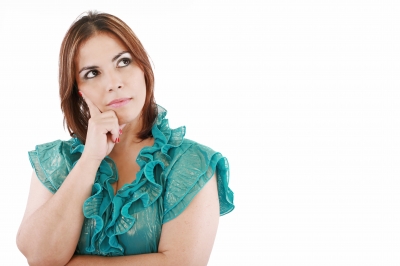 Do you think it matters what you say/think about yourself or others? Do you believe in prayer/sorcery? This is the science of the power of thoughts and words.

Do you think it matters what you say/think about yourself or others? Do you believe in prayer/sorcery? This is the science of the power of thoughts and words.

Do you think it matters what you say and think about yourself or others, whether good or bad? Do you believe in the power of prayer? Do you believe ill-thoughts have any power, what some might call ‘black magic’ or sorcery?

I recently wrote an article for Identity titled ‘Quantum Physics Catches up with Shamanism’. In it I talked a little bit about the now proven concept of non-locality within quantum physics and how there seems to be a field of interconnectedness between particles through space and time. For physicists and many other scientists, this real, measurable, observable field is a phenomenon that we can strive to understand and then use.

As the renowned scientist Ervin Laszlo writes: ‘Although fields, like other entities, are not to be multiplied beyond the scope of necessity, it seems evident that a further field is required to account for the special kind of coherence revealed at all scales and domains of nature, from the micro-domain of quanta, through the meso-domain of life, to the macro-domain of the cosmos… Just as electric and magnetic effects are conveyed by the EM-field, attraction among massive objects by the G-field, and attraction and repulsion among the particles of the nucleus by quantum fields, so we must recognize that a universal in-formation field conveys the effect we described as ‘nonlocal coherence’ throughout the many domains of nature.’ [1]

‘Interesting, but so what?’ you may ask.

One of the implications seems to be that many of us are indulging in so-called sorcery on a regular basis as we transmit negative thoughts outwards to the in-formation field. Usually we don’t believe we are truly hurting people when we speak ill of them or even think negative thoughts about them, but it appears that there is an impact which can be what I call ‘psychic daggers’. When we say (or even think) things like ‘How dare he dump me! I hope he suffers like he has made me suffer.’ Or, ‘She’s so full of herself, I hope she gets fired soon’, this negative energy vibrates into the in-formation field where it is stored and then can be picked up and taken into the recipient’s energy field leading to genuine distress. It is particularly likely to resonate strongly and have an impact when the two people concerned are still connected by the energetic cords that grow within family entanglements or close relationships, romantic or professional.

If you have a difficult time accepting this then consider it from the opposite point of view. Do you believe in the power of prayer, of sending good wishes or forgiveness? Those are effective exactly because of the same sort of energetic transmission via the in-formation field, which can have a profound and tangible effect whether the recipient is present and aware of your words and thoughts or not.

The field theory of mind and consciousness

Some of you may immediately react that this is impossible. But the concept of a field theory of mind and consciousness is gradually gaining ground, with supporting evidence emerging from a variety of scientific disciplines. I provide a range of references at the end of this article that give far more detail than I can provide here, but very briefly, the top lines of three possible explanations from renowned scientists.

Later Pribram went further, to question whether the holographic wave-patterns are actually stored in the brain at all? He concluded that the brain is a receiver and interpreter of wave-forms rather than a storage system. In collaboration with physicist David Bohm he described the brain as picking up wave-forms from the ‘implicate order’ of the super small, multi-dimensional quantum scale, rendering them ‘explicate’ in our three dimensional every day reality.

While microtubules have traditionally been considered as purely structural components, recent evidence has demonstrated that they are capable of extraordinarily fast mechanical signalling and communication functions. They seem to switch on and off in the nanosecond scale. Each biological cell contains approximately 10 to the power 7 tubulins, and nanosecond switching predicts roughly 10 to the power 16 operations per second, per neuron. This creates a pulsing, electromagnetic wave that travels out from each neuron of the brain.

Recent research has also confirmed that microtubules are transient and are frequently rebuilt, in some cells several times an hour, raising a huge question around how they could possibly store information when they are in such constant flux. It is far more plausible that they are just the resonators, the wave generators and receivers, not the storage system.

In the online paper mentioned above, Hameroff gives a very specific, technical description of how these microtubules are sending out and receiving coherent waves which link from the supersmall quantum scale inside the brain to the surrounding in-formation field. Most of us (including me) will not exactly understand him, but I want to quote him to illustrate that the scientific explanation does exist.

The conclusion of all these experts is that everything is a probability wave of potentiality, pulsing at various frequencies, until we interact with it and force the probability wave to collapse into an observable event. This interaction occurs because we are receivers and transmitters of energy to the in-formation field.

This acknowledgement that we are receivers and transmitters, uploading and downloading information from a universal consciousness to the physical brain, means we need to be much more careful about what we say and think as both have consequences permanently stored in the universal consciousness, which of course is no easy task! It also gives us much greater power to influence our own health and destiny than we are often taught to believe. We just need to learn how to consciously interact with the in-formation field rather than either ignoring it or being unconsciously buffeted by its strong forces and influences.

I have accepted that everything is impermanent. As the ancient Sufi poets wrote, ‘This too will pass’. Life is change, evolution, growth. I am still working on control – or rather surrendering to the fact that the only thing I can control is my own reactions to events, not what happens around me or what anyone else says or does.

2. What have you learned to appreciate about yourself and/or within your life, physically and mentally? What are you still working on to appreciate?

I have learned to appreciate my physical, mental and emotional health and the enormous beauty of the natural world around me. I am still working to appreciate that I am getting older and my body isn’t what it used to be — (I guess I should be careful what I think on that one as I don’t want to create a resonance about aging in the inforealm!) although I do appreciate the wisdom that comes with the crone.

Currently I see my two children as my most rewarding achievements along with my two books and the Temenos Touch Training course that I have evolved and am teaching. I still dream of being able to reach more people to share the gifts and knowledge that I have been blessed to receive, and maybe setting up a beautiful retreat and teaching centre by the ocean.

My not-so-perfect ways include judgement, occasional over-indulgence in food and drink, I get annoyed with myself when I don’t live authentically, when I don’t walk my talk.

I love my gorgeous husband, my children, my clients, my teachers and this beautiful planet that we live on as well as the sun and the moon and the stars that illuminate our skies. I love my life in this body, on this planet, at this time, when I am allowed to do the work I do openly and freely.

Further references to the field theories of mind and consciousness

Van Lommel, Pim. 2011. Consciousness Beyond Life: The Science of the Near-Death Experience Harper One

Evelyn Brodie has degrees in economics from Glasgow University in Scotland and Stanford University in California. For thirty years she enjoyed a lucrative career as an economist, a financial journalist and corporate communications executive. For the last decade she has devoted her time to learning everything she can about shamanic healing arts, altered states of consciousness and their therapeutic benefits and the science underpinning these ancient and re-emerging healing practices. Her travels and quest for knowledge have taken her to North, Central and South America, India, and Southeast Asia.

She now lives and runs a healing practice in London, England and has written two books, Corporate Bitch to Shaman: A Journey Uncovering the Links Between 21st Century Science, Consciousness and Ancient Healing Practices and Temenos Touch: The Art and Science of Integrated Medicine and Non-Local Healing.