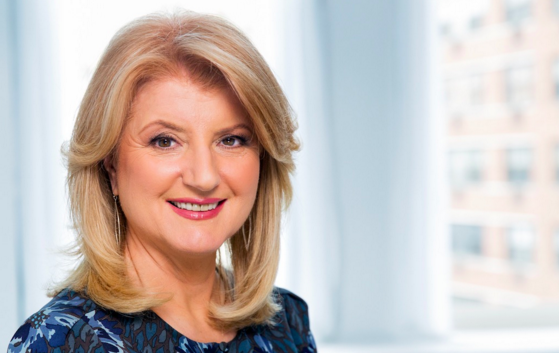 Success comes in many forms. It all depends on what a person considers worthwhile and the goals they have set for themselves. The 15 CEOs below know a thing or two about success, take a look.

Success comes in many forms. It all depends on what a person considers worthwhile and the goals they have set for themselves. The 15 CEOs below know a thing or two about success, take a look below.

These 15 CEOs have all built companies that have achieved great success within their industries, and they are offering executive coaching in the form of valuable advice.

Mr. Buffett once famously said in an interview with Yahoo that the best advice he ever got was from Thomas Murphy, a board of directors member for Berkshire Hathaway. Mr. Buffett recalled that Murphy had said, “Never forget Warren, you can tell a guy to go to hell tomorrow – you don’t give up the right. So just keep your mouth shut today, and see if you feel the same way tomorrow.” It was a suggestion that Buffett use restraint and understanding rather than acting impulsively because he could.

After Crest Financial was named one of Utah’s Fast 50 companies, Mr. Millerberg said in an interview, “We take success day by day . . . We try to do the best we can in every situation every day.” These are two important points that highlight success in all of the small wins that are achieved along the way to a goal. Keeping that in perspective keeps you focused.

Know Your Obstacles
Beverly Flaxington, Founder of The Collaborative

In an interview with Entrepreneur.com Ms. Flaxington stated that, “You need to know what you’re up against and be able to plan around those things.” She stressed that people can’t rely on their energy and drive alone. Taking a hard look at all the potential roadblocks and how you can overcome them ahead of time will greatly improve your chance of success.

Go Beyond Yourself
Steve Jobs, Co-Founder of Apple

Steve Jobs made many memorable quotes during his lifetime. But one of the most impactful was when he noted, “You’ve got to put something back into the flow of history that’s going to help your community, help other people … so that 20, 30, 40 years from now … people will say, this person didn’t just have a passion, he cared about making something that other people could benefit from.”

Richard Branson is one of the most successful people on the planet. He has a wide variety of ventures, some of which haven’t faired as well as others. He told The Good Entrepreneur that, “I have fun running ALL the Virgin businesses — so a setback is never a bad experience, just a learning curve . . . The amount of time people waste dwelling on failures, rather than putting that energy into another project, always amazes me.” Learn from mistakes and setbacks then keep moving forward.

Katie Couric has said that one of the best pieces of advice she ever got was from Eric Schmidt. He told her, “Find a way to say yes to things. Say yes to invitations to a new country, say yes to meet new friends, say yes to learn something new. Yes is how you get your first job, and your next job, and your spouse, and even your kids.”

Marissa Mayer noted that a friend gave her a good piece of advice once when she was stuck trying to make a decision. She recalled that her friend said, “You’re putting a lot of pressure on yourself to pick the right choice, and I’ve gotta be honest: That’s not what I see here. I see a bunch of good choices, and there’s the one that you pick and make great.”

Being one of the most highly acclaimed financial advisors and television hosts will garner a lot of attention. Suze Orman points out that not all of it is positive, but you can’t let it get you down. “The sad fact is that we all have to navigate our way around the dogs in our career: external critics, competitors, horrible bosses, or colleagues who undermine. Based on my experience, I would advise you to prepare for the yapping to increase along with your success.”

Don’t Forget About the Basics
Bill Gates, Founder of Microsoft

Many people admire Bill Gates, but there are a few people he highly regards himself. Warren Buffet is one of those people. In the past Mr. Gates has said he admired Buffet’s simple outlook, saying, “just work on the things that really count, to think through the basics — it’s so amazing that he can do that. It’s a special form of genius.”

Mr. Butterfield understands that finding your real talents can take time and experimentation. When asked to provide advice for young people he once said, “I feel like people in their early- to mid-20s are very earnest. They’re very serious, and they want to feel like they’ve accomplished a lot at a very young age rather than just trying to figure stuff out. So I try to push them toward a more experimental attitude.”

In a guest post on Business Insider Ms. Von Tobel wrote, “You will likely find yourself in tons of new situations, and it’s up to you to figure out how to navigate them.” Success usually involves unchartered territory, but don’t let that scare you off.

In a LinkedIn post Mr. Chen noted that people who push for praise often do themselves a disservice. Chen wrote, “Trying too hard to show you’re a superstar tells me that you only care about what’s best for you, and not the company as a whole.”

Ms. Tidwell told Business Insider that she tells young people to be patient in their learning but that risks should be taken. She said, “I encourage taking risks. . . What is the worst thing that can happen? You can go back and do what you were doing before.”

Be Realistic and Trust Yourself
Diane von Furstenberg, Founder of DVF

If Something Isn’t Working Find Another Solution
Arianna Huffington, Founder of the Huffington Post

Ms. Huffington has recalled advice that she got from her mother that she’s applied to all facets of her life. In a 2014 LinkedIn post she shared that advice writing, “Whenever I’d complain or was upset about something in my own life, my mother had the same advice: ‘Darling, just change the channel. You are in control of the clicker. Don’t replay the bad, scary movie.’

That we have to all appreciate the little things and to not take anything for granted.

2. What have you learn to appreciate about yourself and/or within your life, physically and mentally? What are you still working on to appreciate?

I’m blessed to have loving family and friends in my life.

Graduating from Arizona State University in 2013

Nobody’s perfect and it’s been hard to accept it. I’ve learned to embrace my curly hair, my curves and my quirky personality.

I love my unwavering intensity. Everything I do is 100 percent.