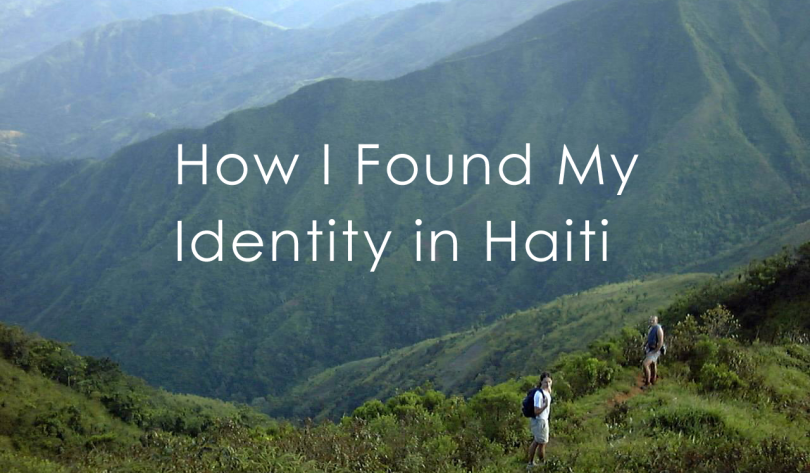 Susan Jacobs found herself in Haiti. Family and friends thought I was crazy spending so much time there. They feared I would be kidnapped, as was happening throughout the capital of Port-au-Prince on a daily basis, or worse, killed.

Having walked away from a successful career in entertainment public relations and marketing, and needing a time-out to reassess her  life, following a two month trip to Ghana, West Africa, Susan Jacobs found herself in Haiti.

On February 7, 2016, the official 5-year presidential term of Michael Martelly came to an end, leaving the country with  what will become yet again, another interim government.  The elections to find a successor for President Martelly were surrounded by all sorts of problems, as is common in Haiti for presidential elections.  But the constitution dictates and the President had to leave office regardless of the state of the country.

I’m flooded with memories of the extensive time I spent there from 2005 — 2008, prior to the 2010 earthquake that nearly destroyed the country. That particular disaster did, however, put Haiti on the map as a country in dire need of help. It became cool to get involved in some way. Haiti was the new Africa that made people feel like they were making a difference in the world, doing good, and the right thing.

That’s not how Haiti was pre-earthquake

During my time in Haiti, virtually the only thing about the country that made mainstream media headlines was the severe poverty, kidnappings, and political turmoil, with the lead generally stating ‘Haiti is the poorest country in the Western hemisphere’— a tagline so prevalent and predictable it could have been Hollywood-manufactured.

Having walked away from a successful career in entertainment public relations and marketing, and needing a time-out to reassess my life, following a two month trip to Ghana, West Africa, I found myself in Haiti.

Family and friends thought I was crazy spending so much time there. They feared I would be kidnapped, as was happening throughout the capital of Port-au-Prince on a daily basis, or worse, killed.

I fell in love with Haiti, and what I saw and experienced had nothing to do with the media’s portrayal of the country.   Haiti then, and still, is as complicated and complex as its history, but the lessons I learned about myself and my white American-ness and experiences I had will be with me for life and, in part, inform who I am today.   During my approximately 30 visits, I saw a country that was not in destitution, but bore desperation for respect, dignity, and basic human rights. I was immediately taken by the unwavering pride and constitution of the Haitian people and the country’s incredible heritage.

The generosity of spirit that I experienced in Ghana was the same in Haiti — people with nothing material to share gave me more riches than anyone I’ve known with money.   Despite all the suffering, inhuman living conditions, lack of clean water, food, and resources, I never heard anyone complain in either country.   They always offered me something  and shared their most magical smiles.

A few facts you may not know about Haiti… Christopher Columbus landed there on December 6, 1492. Once known as the ‘the Pearl of the Antilles,’ in the 1950s and 1960s, Haiti was the premiere tourist and celebrity destination in the Caribbean, attracting movie stars like Errol Flynn, Ernest Hemmingway, Ava Gardner and Harry Belafonte. Haiti is the oldest black republic in the world; it gained independence in 1804 following the only successful countrywide slave rebellion in history. Yet even after gaining independence from France, Haiti was ruled by a succession of dictators and it went from being one of the richest agricultural lands in the Americas in colonial times, to its current state of poverty.

Despite the state of Haiti in 2005, my then Haitian business partner and I fell in with the right people. We were wined and dined by ambassadors and ministers of various sectors of the government and met the top people in the business community.   We became the go-to resource for anything from developing a property for cruise ships and brokering rice and cement deals, to finding emergency energy generating barges (Port-au-Prince was on energy rations, providing only a few hours of electricity per day), commuter planes, and anything else that was needed.   This is where and when I learned to always say,   ‘Sure we can do that.’ Either we actually did know, or managed to learn it quickly and put the right teams of people together to deliver successfully.

Sweet Micky (aka Michel Martelly), a renowned and beloved Haitian musician known internationally, and his wife Sophia became good friends.   We were surrounded by the best of the best in business and politics, the movers and shakers, the Haitian ‘bougies.’   We traveled across the country  by car — north, south, east, and west – most of the time with a cop friend carrying, at least, one gun, just to play it safe.

Life circumstances changed and after 2008, I got swept up with life and work here.   And then on January 12, 2010, the earthquake hit. Thankfully all my friends were okay although the losses they experienced are incomprehensible. Within days, I began working with David Perez and his 2 Life 18 Foundation, an internationally recognized organization for leading emergency response efforts. We procured and delivered over 2,700 tons of emergency aid, and thanks to the help and coordination by Sophia Martelly, everything was delivered and distributed where it was meant to go, unlike most of the international aid sent to the country.

And then Sweet Micky got elected president by a landslide and was sworn in as President Martelly on May 14, 2011.   Amazing, and seriously how cool is that!   Needless to say, all contact info and numbers I had for him no longer worked. I wasn’t able to reach him even through a very close mutual friend. ‘Susan, he’s the president of a country, I can’t just give you his number.’ Of course, that made sense but was strange to hear.   Sadly, my contact with Micky and Sophia stopped once he became president but  I knew we would reconnect sometime, somewhere, just didn’t know when or how.

This past June, I found out unofficially that the President was making a special surprise appearance at NYC’s nightclub SOBs, to perform briefly with his son, T-Micky who has followed in his musical footsteps.

Arriving at SOBs as usual on a Friday night for the first part of the evening’s salsa dancing party, I spotted the Haitian secret service checking the place out.   SOBs was abuzz with activity that to the unsuspecting eye probably had no idea that a president would soon be in the house.   The Haitian party on a good night doesn’t start before 12:30 a.m. so after salsa dancing for a few hours, I made myself comfortable and waited, and waited, and waited.

I learned that the President had slipped in through a back entrance… Duh, yeah, it makes sense they wouldn’t walk him through the front door and across a nightclub.   But I still see him as a friend and not a political figure.   With SOBs my home-away-from-home on Friday’s for the past number of years, I know all the staff and my way around so I just strutted into where they were holding him.

Through a crowd of men in suits talking loudly in Kreyol, he turned, saw me, and said, ‘Suzan!’ with a huge smile.   Everyone watched as I walked through to get my first presidential hug.   It was a fantastic, yet surreal reunion.   He and I had hugged many a times over the years, but it felt different this time – more powerful and commanding — but of course, he is the Commander-in-Chief.   As he was ready to head upstairs to the stage, we walked arm-in-arm until the secret service pushed me away.   Yeah, they do surround a president when he’s on the move.   I thought I was dreaming…

I made my way through the crowd of Haitians to the foot of the stage, my perch over the years when he performed as Sweet Micky.   The audience went crazy as this was unadvertised, a total surprise. I just basked in our reunion and the sweet sounds of Kompa music.

Now that Micky is no longer president, I look forward to reconnecting with him and Sophia as civilians.   In the meantime, I shall continue to smile at the memory of my first presidential hug.

I’ve accepted that I’m the conductor of my life.  While death is inevitable, how I live and age is a choice.And I choose grace, health, integrity, respect, and honoring myself and those I encounter each day.  On this day, at this very moment, I feel at peace and in total acceptance of who I am, what got me here, and where I’m going. I’m living fully in this moment.

2. What have you learned to appreciate about yourself and/or within your life, physically and mentally? What are you still working on to appreciate?

I appreciate every ounce of my being and that I’m perfectly imperfect.

Inspiring others through my story.  Goals and dreams:   to become a best-selling New York Times author, to inspire and empower women around the world to speak and live their truth through sharing my stories and giving voice to other’s stories that matter.  This is an ongoing work-in-progress so am excited to see how it continues to unfold.

I get scattered sometimes, A.D.D kicks in and I lose focus.  But I have the tools — breath work, meditation, self-awareness — to get myself back on track.

I love my salsa dancing and Kundalini yoga practice.  They both keep me sane, lift me up, provide a safe place for me to let go of all stress,  find answers, and be around a great community of people and dear friends.

Writing has been part of my DNA, career, and creative outlet for as long as I can remember. My joy is bringing to life stories of the world, its people, and its cultures.

I'm filled with an insatiable curiosity for life off-the-beaten-path and love to share stories of the unheard voices I find along the way.

Giving voice to things that matter, raising awareness, and expanding perspectives is what lights my fire and is the heart and soul of who I am and what I do.