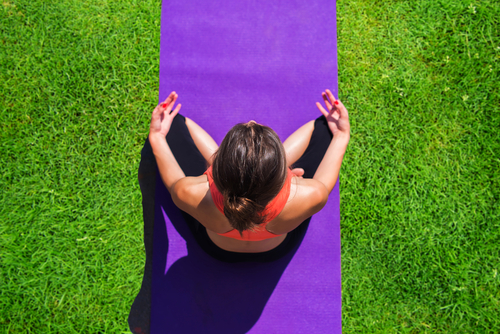 The American mainstream really began to appreciate the art of yoga in the 1950s when Richard Hittleman brought the practice to New York after studying in India.

More than 20 million people practice yoga right here in the United States. That’s according to a 2012 study conducted on behalf of Yoga Journal. Where are the most yoga-centric cities and what do these millions of yogis practice?

America’s Yoga Capitals and Their Styles

In 1947, Theos Bernard published the yoga sourcebook “Hatha Yoga: The Report of a Personal Experience.” It quickly became the most widely read source book on the yoga style. And, during that same year, yogi Indra Devi opened up a studio in Hollywood, California, introducing hatha and other yoga styles to eager Western students.

Today, many styles of yoga are practiced in Hollywood and throughout California, but hatha, which focuses on quieting the mind, holding poses and focusing on the breath, remains the most widely practiced yoga style in the United States.

The American mainstream really began to appreciate the art of yoga in the 1950s when Richard Hittleman brought the practice to New York after studying in India. Throughout the 1960s, Hittleman brought yoga to the television and sold millions of copies of his yoga-focused books. Hittleman hoped to bring the benefits of meditation to the masses.

If you’re a yogi looking to move to NYC, services like ForRent are great to compare neighborhoods (and their proximity to yoga studios). A little meditation can go a long way in the Big Apple, as the hustle and bustle of the metropolis calls for a peaceful practice. The practice of Kundalini focuses specifically on chanting and meditation.

The Texas capital city attracts a wide, vibrant range of yoga students. There are many forms of yoga practiced here, from paddleboard yoga on the lake, power yoga or ashtanga and even hiking yoga.

The city is actually the birthplace of the movement called MedMob, a social media-driven flashmob for meditation all over the world, which was founded by a group of local Austin-area yoga teachers. However, despite meditation’s heavy influence here, ashtanga falls at the top of the list of most-practiced styles in Austin, Texas.

The city of Boulder, Colorado has a reputation as one of America’s healthiest cities. It should come as no surprise that yoga is practiced often here. The town offers yoga retreats and workshops and it is heavily populated with studios where all different types of yoga are practiced.

But the yoga style that is most popular in Boulder is by far vinyasa, as it’s offered at most of the studios around the area. Vinyasa, which coordinates the breath with the flow of your movements, is popular with Colorado residents as well as practicing yogis across the West.

The City of Roses, otherwise known as Portland, Oregon, rounds out the list of top yoga cities. In Portland, people follow a healthy, sustainable lifestyle, which incorporates many elements that relate to yoga, like peace, devotion, understanding, love and appreciation.

In this city, yoga is accessible, no matter your fitness level or background. Bhakti yoga, which is called “love for love’s sake,” is commonly practiced here in flow form. While the practice isn’t as popular as some other styles of yoga across the country, it’s certainly growing.

We have a great resource here on Jenn Reviews featuring 18 benefits yoga.

Identity Magazine is all about guiding women to discover their powers  of Self-Acceptance,  Appreciation, and Personal  Achievement.  We ask that every contributor and expert answer    the Identity 5 questions in keeping with our theme. Their answers can be random and in the moment or they can be aligned with the  current article they have written.  In that way, and as a team, we hope to  encourage  and motivate  each other, thus inspiring  you to Get All A’s.

I’ve learned to accept that we have to all appreciate the little things and to not take anything for granted.

2. What have you learned to appreciate about yourself and/or within your life, physically and mentally?  On the other hand  OR in contrast,  are there elements of who you are that you’re still working on  appreciating?

I appreciate and I’m blessed to have loving family and friends in my life.

3. What is one of your most rewarding achievements in life? Tell us  not only  what makes YOU most proud  but also  share the  goals and dreams that you still have.

My biggest achievement is graducating from Arizona State University in 2013!

4.  Of course, we  all have imperfections,  or  so we think.  In truth,  we are all perfectly imperfect. What are your not-so-perfect ways?  Likewise,  what imperfections and quirks create who you are–your Identity?

Working to keep in mind that nobody’s perfect–it’s been hard to accept it.

5. “I Love My…” is an outlet for you to  appreciate and express  all the positive traits that make you…well…YOU!  In fact, sharing  what you love about yourself will make you smile, feel empowered, and uplift your spirit and soul. (We assure you!)  Therefore,  Identity challenges you to complete the phrase “I Love My…?”

I love my unwavering intensity. Everything I do is 100 percent.

Lauren Topor is a lifestyle writer based in the Southwest who spends her days writing about food and health, fashion, fitness and entertainment.