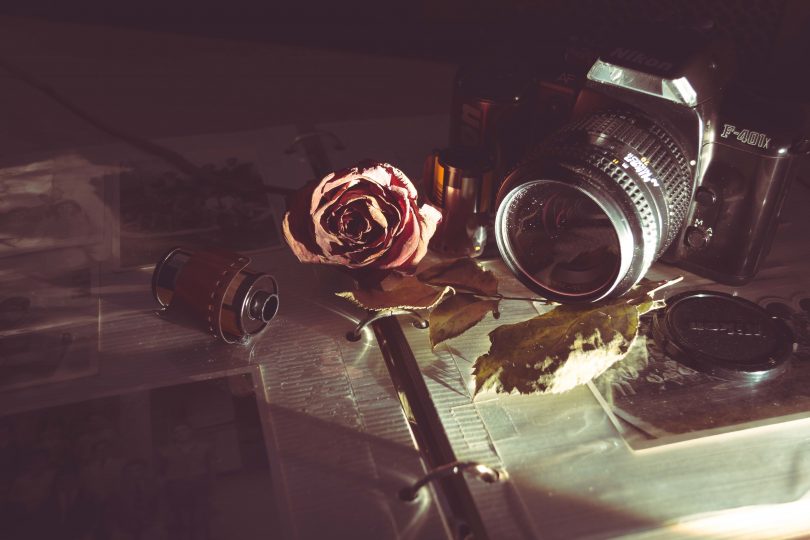 Completing â€œThe Other F Word,â€ my fourth production from being a medicated mom to movie-maker since in my early forties, led me to reflect on my journey.

Completing “The Other F Word,” my fourth production from being a medicated Mom to mMovie-Maker since  in my early forties, led me to reflect on my journey.

[Tweet “I was an angry, angst-ridden stay-at-home mom who wondered how, as an ambitious post-feminist, I had gotten there.”] From Medicated Mom to Movie-Maker

Like the Joseph Campbell heroes we studied in film school, it began when I ran away from northern New Jersey to the woods of Amherst, Massachusetts, one summer after my 40th birthday. Suffering an existential midlife crisis, I was an angry, angst-ridden stay-at-home mom who wondered how, as an ambitious post-feminist, I had gotten there.

I took off for the forest in an attempt to solve one of the mysteries of motherhood: how to be true to your family and yourself. However, as an extreme extrovert, I realized that being alone in the woods was not the right place for me. I came home with no answers, and sank deeper into depression. I would rant, “I am nothing but a womb!” while blasting Public Enemy’s “Fight the Power.”

After two weeks as a medicated mom, I stopped the drugs cold turkeyâ€Š–â€ŠBTW I don’t recommend this. But the creative monster inside of me was awakened. Once the withdrawal tremors subsided, I started to write. It wasn’t easy at first. In fact it was nothing like riding a bicycle. It had been 10 years since I’d written a screenplay as a student in the MFA screenwriting program at UCLA. I had left grad school in 1996 with a literary agent, a diploma–and a sonâ€Š whose birth was perfectly timed to happen at the end of the last quarter.

I naively thought I wouldn’t miss a beat. But it was as if my creative juices gushed out of me with the amniotic fluid. Before UCLA, I had been a literary agent and had offers to do that again. I knew, though, that I couldn’t return to the 24/7 go-go industry without my home life suffering.

So I left the biz with no regrets, and took a part-time job selling greeting cards to accounts in the beach towns. I joked that it was easier than selling writers as the price was set, and the product regenerated itself. I became a top seller and was content. A second birth, a riot, wildfires, and an earthquake later, we moved across country leaving that life and that person far behind.

The script I wrote became my first feature. I hadn’t planned to produce it myself, but found that movie business years are like dog years. I was a blip from the past. While I was driving carpools, my L.A. colleagues flew up the corporate ladder. We were no longer peers or friends. I had to completely start over. But that did not deter me.

A suburban mom friend gave Vanessa Williams the script. Vanessa loved it, and then gave it to her agent. When we spoke, the agent told me that the script got “great coverage”– this is a report from a reader who is tasked with analyzing scriptsâ€Š–â€Šbut, he emphasized the word, it didn’t meet the four quadrants. He continued to explain the four quadrants, which, in a nutshell, meant my script didn’t appeal to the coveted young male audience, so that was that. Oh, and Jennifer Aniston wasn’t attached.

So I requested the reader’s report that recommended the script, created a business plan and became a producer. I figured I had the wisdom of age, the fresh legs of a first-timer, some industry experience and the belief that there’s more failure in not trying.

With ingenuity and relentless grit, the movie “And Then Came Love” got made. It stars Vanessa Williams, Eartha Kitt and Ben Vereen. It was the riskiest and scariest venture I’d ever undertaken. Production can be like a runaway train, and, as I had single-handedly raised all the money to cover the budget, I feared I’d lose it all. But it was thrilling, and I felt alive the way one feels after a near-death experience. The film was licensed to Warner Brothers, and a couple of years later we were in net profits.

I was back! Back in the business! But I was also back to driving carpools and making lunches. No one called to ask, “What’s next?” So I produced independently two more features and then I started to write about the profound changes my friends and I were going through in midlife. The stories were edgy, humorous, unique, and ripe for creative exploration. It seemed like a no brainer, story-wise, but felt more episodic than a finite story. Was I really going to be that foolish to try to break into episodic television at age 50? Yes!

While the script got great coverage, I was told that the show’s audience was a “tough demographic” and I didn’t have a network-approved showrunner or a star attached or best-selling underlying rights. But, with ingenuity and relentless grit, I assembled a team who shared the belief that you are never too old to dream big. At first I joked that I aspired to be the Lena Dunham of my generation, but amended that to Tyler Perry.

Season One of our micro-series “The Other F Word” was released on the web last September on various platforms, including Amazon. Our cast ensemble includes Steve Guttenberg, Judy Gold, Reiko Aylesworth, Ben Bailey and Michael Boatman.

[Tweet “I left the woods over ten years ago paralyzed by fear & anxiety.”]

I left the woods over ten years ago paralyzed by fear and anxiety. My productions became my therapy. In fact, “The Other F Word’s” hashtag is #nofear. I now live no fear and want to share its wisdom. “No fear” is personal, accessible and attainable. Strive to have more happy days than sad, and have no regrets. What I’ve learned from my films is that there is no failure if you enjoy the journey and cherish the people you meet along the way.

THAT AS AN ARTIST AND MOVIE-MAKER, I HAVE EMOTIONAL HIGHS AND LOWS. IT WAS HARD TO HANDLE THE LOWS BUT HAVE REALIZES THAT YOU NEED THE LOWS TO GET TO THE HIGH AND I JUST NEED TO RIDE THE WAVES.

THAT I’M AN EXTROVERT AND NEED A LOT ENERGY IN MY LIFE.   THE KEY IS TO AVOID THE NEGATIVE ENERGY AND EMBRACE ALL THE POSITIVE AS THERE’S SO MANY WONDERFUL PEOPLE OUT THERE AND IN MY LIFE AND GRATEFUL.

3. What is one of your most rewarding achievements in life? And what makes YOU most proud? Any goals and dreams that you still have?

OF COURSE HAVING TWO HEALTHY AND THRIVING CHILDREN BUT PERSONALLY, MY BIGGEST PROFESSIONAL ACHIEVEMENT IS MY CURRENT PROJECT ‘THE OTHER F WORD’  INITIALLY THE SCRIPT WAS REJECTED BY HOLLYWOOD GATEKEEPERS AS I WAS AN OUTSIDER AND WAS TOLD IT REACHED A TOUGH DEMOGRAPHIC – WOMEN OVER 40.   IO FOUND A WAY MAKE IT AND CONNECT WITH THIS MOSTLY IGNORED AUDIENCE AND AM SO PROUD OF ITS SUCCESS THROUGH MY GRASS ROOTS EFFORTS AND AM GRATEFUL FOR THIS OPPORTUNITY TO MEET AMAZING WOMEN LIKE SUSAN.   THAT SAID EVEN GIVEN OUR AGAINST THE ODDS SUCCESS IN THE MARKETPLACE – BEING A TOP SHOW ON AMAZON AND GARNERING RAVE REVIEWS – MY DREAM IS THAT HOLLYWOOD WILL ULTIMATELY RECOGNIZE IT AND PICK IT UP.

4. We all have imperfections, so we think. The truth–we are all perfectly imperfect. What imperfections and quirks create who you are–your Identity?

I’M OCD OR A VERSION THERE OF AND HYPER FOCUS TOO MUCH. I ALSO AM VERY SENSITIVE AND EMPATHETIC A/K/A A PLEASER WHERE I PUT OTHERS NEEDS ABOVE MY OWN.

I LOVE MY ABILITY TO BE A CONNECTOR – I LOVE CONNECTING LIKE-MINDED PEOPLE AND SEEING THOSE RELATIONSHIPS THRIVE.   I ALSO LOVE ALL THE AMAZING PEOPLE – FRIENDS AND FAMILY IN MY LIFE ND THERE’S NOTHING MORE AWESOME FOR ME THAN TO BEFRIEND THE MOST UNLIKELY KINDRED SPIRIT.

CAYTHA JENTIS is an award winning independent filmmaker. Her most recent project is â€œThe Other F Word,â€ a comedic series on Amazon about four women friends coming of age in mid-life. The cast includes Steve Guttenberg and Judy Gold. Jentis has also written four features, produced three and directed two. Her features include â€œBad Parentsâ€ starring Janeane Garofalo, Cheri Oteri, Christopher Titus, Michael Boatman and Kristen Johnston (Cinedigm), â€œAnd Then Came Loveâ€ starring Vanessa Williams and Eartha Kitt (Warner Bros) and â€œThe Oneâ€ starring Jon Prescott (TLA Releasing). A former literary agent, she has also has an extensive background in sales including a stint at the Bergen Record in internet ad sales. Jentis was recently selected as one of Good Housekeeping magazineâ€™s 50 over 50. She earned an M.F.A. from UCLA in screenwriting and a B.S. in TV/film from Syracuse University. She is a member of the Producers Guild, Writerâ€™s Guild and NYWIFT.