Know that when it comes to friendliness and acceptance, the French are as welcoming as Americans.

Although they were Allies in the past, the style of living in America and France today is poles apart.  Of course, no two cultures can be the same. And given the enormous spread of the U.S.A and the thousands of groups of people living there, it’s no wonder how diverse the country is. But if you compare the overall culture in the USA with that of France, the differences are wider  than the ocean that separates them.

So, in case you are an American who plans on moving to France or vice versa, here are some major differences as well as the similarities between the two countries you ought to know.

The difference between the USA and France is visible at first glance.

When you visit France, you find yourself surrounded by its rich history. The architecture, museums and historic buildings are a bold yet beautiful reminder of the battles the country fought and won.

But while the French consider their past iconic, Americans are more future-oriented.

Be it cultural or governmental, the USA is relatively new and embraces the idea of change more than it celebrates the past.

It goes without saying that the mere mention of France will bring to your mind arts and music.

And that’s because French people are strongly inclined towards it.

When it comes to appreciating arts, the French will leave no stone unturned in promoting it through various forms. For instance, dancers, musicians, poets and painters and similar professions are held in high regard in France because of the nobility associated with their work.

However, on the other hand, Americans only view arts as a hobby and few will consider it for their career.

The difference is evident by the fact that America’s National Endowment for the Arts spends only about $146 million each year, whereas the French Ministry of Culture spends around $10 billion to encourage fine arts.

Air is to life as fashion is to France.

It is not an exaggeration to say that the French population is attracted to fashion and beauty stronger than the opposite poles of a magnet.

Americans take fashion seriously too. But while baggy clothes and sneakers are common in the USA for daily wear and casual events, the French will always be dressed in a top-notch manner even if it’s just a simple trip to the grocery store.

So if you are moving with a moving company to France, you will have to say goodbye to your sweatshirts.

And that’s exactly what you will witness in France.

Meal times in France are considered as bonding time with families; therefore, dine together and have meaningful discussions. However, in the USA grabbing fast food is a norm and family members eat at different times as per their schedules.

Educational institutes in France are viewed to be quite strict as students and teachers maintain a very professional attitude.  In contrast, schools in America promote interactive learning and usually have a friendly environment.

After reading all these differences, you may be wondering if people from these two countries could live together or not.  But know that when it comes to friendliness and acceptance, the French are as welcoming as Americans.

So, if you are moving to France, rest assured that you will be greeted with open arms and a warm hug.

Photo by  LÃ©onard Cotte  on  Unsplash

Congrats! We've got your back!

Noelle is a freelance writer working for a variety of businesses across Australia. With a portfolio of work spanning a plethora of countries, industries and companies, she is always looking to broaden her understanding of the business landscape.

A Wellness Community Empowering Women to Transform Through Self-Acceptance, Appreciation, and Personal Achievement—Get All A's

Join a community of women who are igniting their lives by learning and implementing our signature "Get All A's" formula.  Receive the latest news on Identity Magazine, empowering messages from creator Susan Vernicek and the latest of our "Get All A's" quote book series. * IdentityMagazine.net • Susanvernicek.com 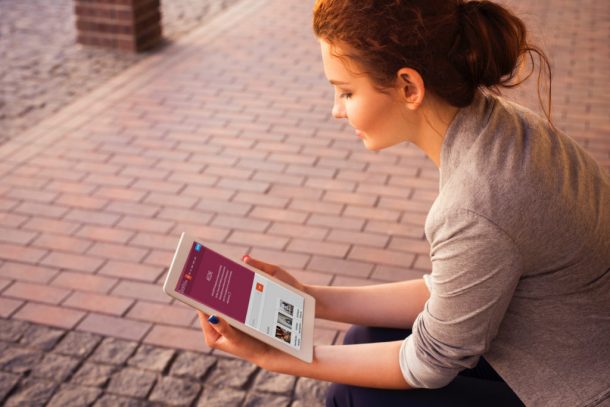 Join our mailing list to receive free inside scoop on exclusive deals for personal growth, success & VIP gifting—all while supporting female business owners! It doesn’t get juicier than this! #womensupportingwomen #deals4You

We do not sell emails.