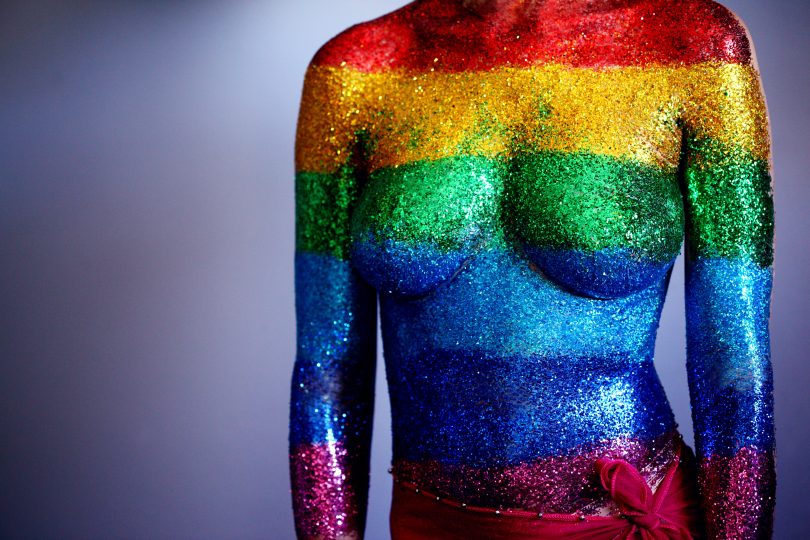 If you don’t know what you like and are just starting to explore this side of your sexual desires, that’s okay.

Although society is increasingly accepting of LGBT+ people, we are still in a world that is predominantly populated by cisgender heterosexual people, and our society is geared towards this, including dating websites.

So, if you’re a Tgirl, or attracted to transwomen, then you know the difficulties in trying to meet the right person online.

Although there is certainly a number of men and women who have a fetish for transwomen, and it might be considered nice by some to have that level of acceptance, the issue is that you don’t really feel accepted.

Trying to avoid those people that really just have a fetish rather than a genuine attraction is why transgender websites for people to find love have evolved.

Unfortunately, this as an initial way of discovering that you have an interest in chicks with dicks can create a false expectation and meeting a transwoman in the flesh for the first time can be both exciting and a little scary.

However, no one likes to think of themselves as only being a fetish for another person.

The basic rule to tell if you are looking at a fetish or a genuine attraction would be to ask could this work as a relationship, would you be able to go to restaurants together, would you want to hold hands while walking down the street?

Maybe that’s thinking a little too far ahead in the future, but when you sign up to an online dating site you are generally either looking for a sweet hookup, or you have your heart open and ready to find love.

Being clear in your own mind when you signup with any online dating site helps you filter out what you do and don’t want – and helps you find the person (or people) you are really after.

This conflict often comes to a head when people idly decide to sign up to one of the online dating sites that offer a connection to transgender people, then get stuck on which box to tick about their own sexual preference.

It may help to know that a study from Northwestern University looked into this, and discovered that the vast majority of cis-men who find themselves sexually attracted to transwomen are predominantly heterosexual. (https://www.ncbi.nlm.nih.gov/pubmed/26498424)

By the way, if you’re new to the term “cisgender” simply mean someone whose gender matches their genitalia, as opposed to transgender, which is someone whose gender identity does not match the sex they were given at birth. So ‘cis-men’ is in no way a derogatory term, just simply a way to confirm that you were a male at birth and still identify as a male.

However, it really doesn’t matter how you identify your own sexuality if you are attracted to the transfemme body, that is what you’re attracted to – and why wouldn’t you be! It can be a little confronting to find yourself going against what society considers to be a normative relationship but don’t let that stop you from following your heart (or your libido).

If you are interested in Tgirls purely as a sexual plaything rather than as a relationship potential, that’s ok, just be clear that you are really only into a short and sexy time.

If you don’t know what you like and are just starting to explore this side of your sexual desires, that’s ok too – there are many experienced trans women who would like to take you under their wing and introduce you to what a beautiful trans femme body can do.

As long as you are honest you should be able to find what you are looking for but do be aware that many transwomen object to being treated as a fetish object or feeling like you are only attracted to them because of their transfemme body.

Although the people who are fascinated and attracted by the transgender form as a sexual object or fetish are often drawn to transgender women who have a penis, there are also those who are only interested if the woman has already transitioned.

If this is your fantasy you may find a much harder time trying to find someone to help you fulfill your desire, but again, if you are honest when you are filling out your profile about what you are looking for you have a higher chance of making a successful match.

If you suddenly notice that all of the online advertising that you see seems to be about cars that turn into robots, you may need to clear your cache, as somehow your search engine as taken your status as a Transfan and decided that you like transformers, rather than transwomen.

This may also cause a little confusion if you find yourself in the wrong sort of chat room. Thankfully, it’s something that’s pretty obvious really quickly.

This is one of those terms that gets used happily within the LGBT+ culture, but when you are in more mainstream cultural groups you may get a few confused looks. To be a transfan means that you want to be romantically involved with a transgender person, that you find the whole person physically, sexually and emotionally attractive.

Not all transgender women look the way the media tries to tell the world women should look, like here, (not all women meet this standard for that matter), but what matters is that you can find the match you are after easier in the age of online dating now more than any other time in history.

Photo by Sharon McCutcheon on Unsplash

Nicole is a full-time content writer. She lives in Ohio with her husband, 2 daughters and their dogs.