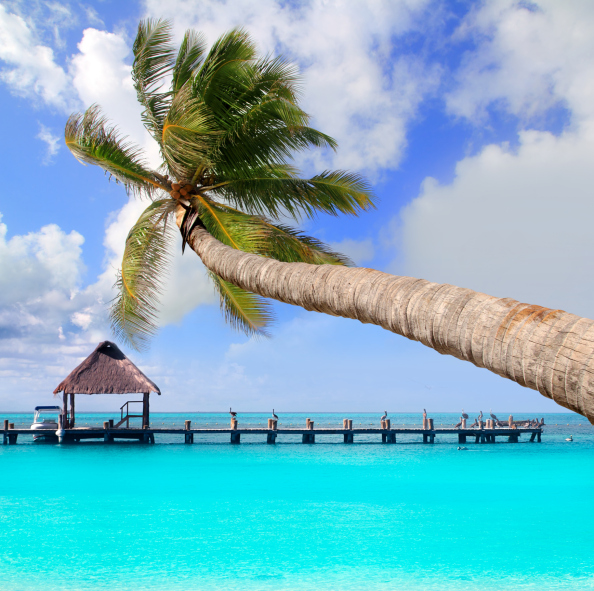 I was the last person on the planet to loose my virginity. Or so I thought. By the time I had sex for the first time I was twenty-one and everyone I knew had done it at least once with at least one person. I lost it to a guy who would become my boyfriend for the next two years. Sure, I never got off when we were doing it. In fact, one night after a failed attempt at sex due to too much alcohol my then boyfriend said, â€œIf I don’t â€˜finish,’ I don’t consider it sex.â€ And I thought to myself, â€œWell, then I guess I’m still a virgin.â€ But not to the rest of the world! To the rest of the world I was in the club! I had done it! A lot! I was a real adult! (Yeah, right.)

Dava Krause is an Identity Staff Writer, but a comedian first. She has dedicated her time to provide Identity readers with some laughter in their lives. We don’t always have to be serious, so unwind with a laugh from time to time with Dava and Identity. This one is edgy so be prepared to get intimate!

I was the last person on the planet to lose my virginity. Or so I thought. By the time I had sex for the first time I was 21 and everyone I knew had done it at least once with at least one person. I lost it to a guy who would become my boyfriend for the next two years. Sure, I never got off when we were doing it. In fact, one night after a failed attempt at sex due to too much alcohol my then boyfriend said, “If I don’t ‘finish, I don’t consider it sex.” And I thought to myself, “Well, then I guess I’m still a virgin.” But not to the rest of the world! To the rest of the world I was in the club! I had done it! A lot! I was a real adult! (Yeah, right.)

By 23, my boyfriend and I grown apart (i.e. he was an alcoholic) and I felt in the minority again. All of my friends in LA had fantastically hilarious stories of having sex with different guys in different places. I commiserated with one friend of mine who was in a similar situation as me. We had only had sex with one person ever. She suggested we take a sexcation. That’s a vacation for the sole purpose of having meaningliess sex with strangers. It’s the MTV Spring Break Party we had always wanted but never had because we were hanging out with gay guys and doing student productions of “Waiting for Godot.” “Let’s do it!” I said and we immediately booked a trip to Cancun. Our first morning of our vacation we woke waxed, painted, tanned and in possession of the largest box of condoms known to man.   That’s when the proverbial record screeched to a halt. Our beach was filled   with old people, Asian Tourists and families. Boo. We dramatically walked along the shore lamenting our fate. At some point, we passed two dudes who looked our age but they were at best mediocre looking so we kept walking. I was looking towards the ocean when I heard one of them say, “Those are some nice birds there,” at which point I stopped, turned to my friend and said, “They’re British! We’re going back.” That’s right. Their accents alone had moved them from average looking to pretty-damn-cute-for-vacation.   We chatted with them and they seemed fun and later that night we all did it. Not together! I was with my Brit in my room and my friend was with her Brit in his room. After a few nights we realized how pathetic we were being. We we’re being monogamous on our sexcation! We had to branch out.

The next morning, I sat by the pool when, all of a sudden, my friend appeared with Dan whom she said she knew I would find cute. As a side note, I did find it disturbing that when I asked what it was about Dan that made my friend think I’d like him, she replied, “He was wearing a necklace.” Something to review for later.

That night the three of us went to Senior Frog’s because after all, we were living a clichÃ©. Everything was going great and we were all having fun until we all went back to the hotel and realized Dan was staying with his family so we couldn’t have sex in his room and I wasn’t about to have sex “Jersey Shore Style.” (Having sex while your friend is five feet away in her own bed.) In a brave moment, my friend volunteered to go sleep on the porch for a while. It was a beautiful night, she was blitzed and the floor was good for her back. Now that’s what you call a good wing woman.

My final sexual encounter was our last night in town. The Brits were gone, I had taken a few nights off and I wanted to go out with a bang. It was January second, most of the tourists had gone home and the pickens were slim. I managed to meet a guy who was into me and decent looking but he blathered on all night in a nasally high-pitched voice. Luckily, the music was pumping so loud at that club that the only thing I could actually hear was that he was from Seattle and he was vacationing with his family. He would do.

That night, my friend had found someone as well so it was my turn to take it to the porch. But Seattle didn’t want sex. Seattle didn’t really want anything done to him. Seattle wanted to spend all of his time in Australia, better known as the land down under. I was happy. He was annoying and going down there shut him up.

As I humped his face, I thought, I really hate this guy. A lot. He’s so annoying and weird! And then it happened. Something that had never happened before. Something that hadn’t happened any of the times I had sex with my ex-boyfriend whom I had loved very much. Something that could only happen because I felt pure disgust for this guy and didn’t give a shit what he thought of me. The sun was raising over the porch and for some reason the song from the musical Hair, “Good morning sunshine” played in my head as I lay on my back with my legs spread eagle having my very first orgasm. With another person, obviously. Yeah. It was pretty special.